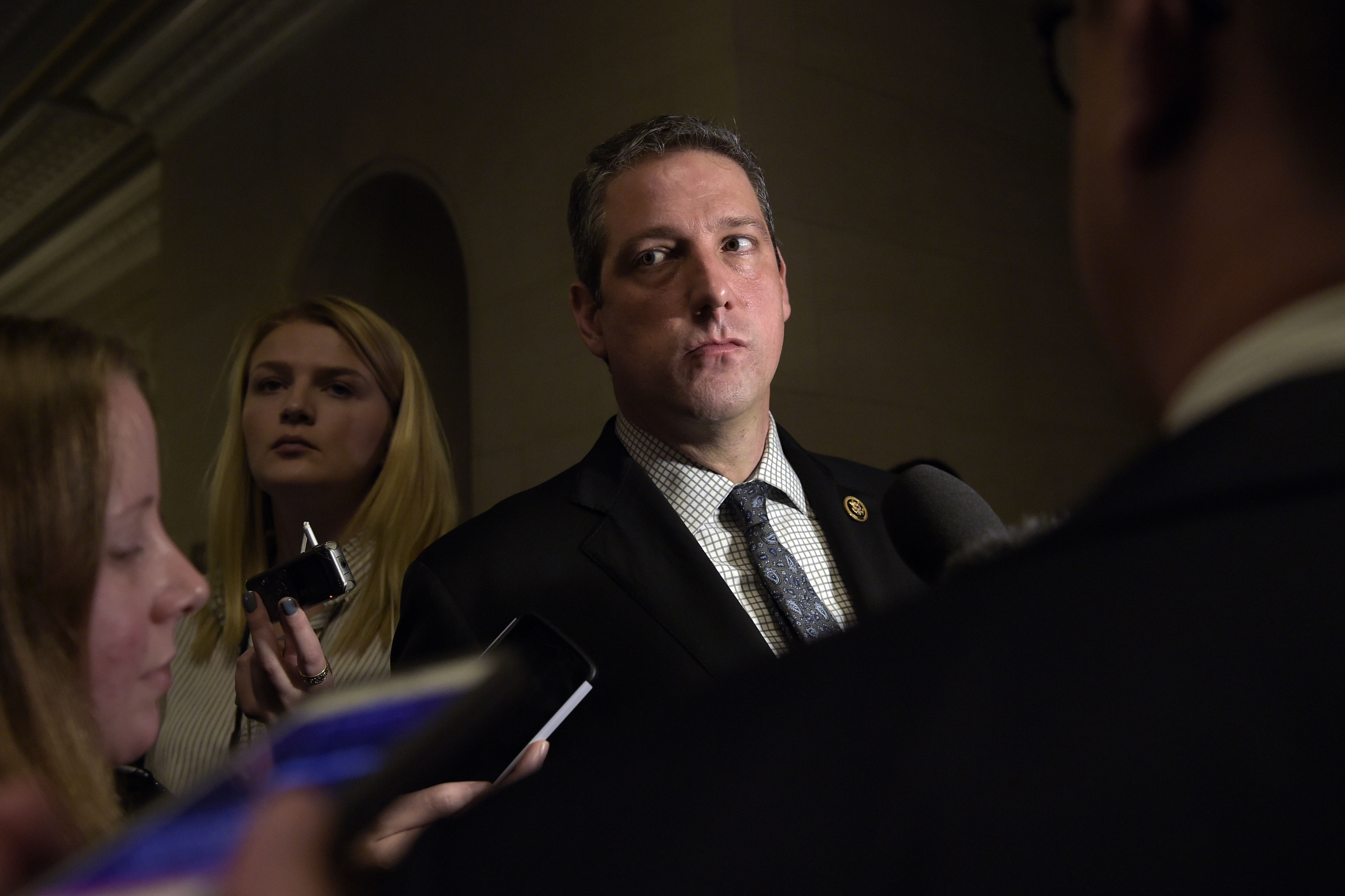 But faced with a stagnant leadership structure in the House and a political environment defined more by internet fame than legislative achievement, these Democratic lawmakers are weighing longshot bids for the White House or have already jumped into the race.

The four junior Democrats will forgo a traditional career path on Capitol Hill to instead try to build their national profiles on the campaign trail, focusing on a narrow slate of issues that could help catapult their post-primary careers.

After watching President Donald Trump, Alexandria Ocasio-Cortez and Beto O’Rourke become national sensations by bending Twitter, Instagram and Facebook to their advantage, these little-known lawmakers think they have a shot.

“Back in the day it used to be very hierarchical and top-down, and now it’s flat,” Ryan said in an interview Thursday, speaking of the revolution that social media has caused in national politics. “That gives every candidate an opportunity to build up millions of low-dollar donors that can keep you in the game.”

Ryan and the three other sitting House members eyeing 2020 bids face a field already crowded with a half-dozen senators, as well as several former colleagues like O’Rourke — who’d been a backbench lawmaker, too, just two years ago.

“I think there’s a sense, especially after Trump, that lightning can strike anybody,” said Rep. Gerry Connolly (D-Va.). “And here’s an opportunity to broaden your platform and see what happens.”

And if they don’t win, they could grow their influence, leading to a cabinet position, a state-wide run, or even a career as a TV pundit.

So far, Ryan and Gabbard are the only sitting representatives to formally declare a presidential bid. Moulton and Swalwell, who have both traveled to early primary states, have said they’ll make a decision this month.

When asked about his potential campaign, Swalwell joked in a text message, “‘Why is this happening.’ The title of my memoir.”

To stand out in the crowded field — which by month’s end could include as many as 11 House and Senate Democrats — most of these House members are picking a singular issue and sticking to it.

Moulton, an ex-Marine who upped his I.D. by helping elect veterans in 2018, is pitching himself as the answer to Republicans’ traditional advantage on national security.

Swalwell says he’s the candidate to take on gun control, which has become a key litmus test for Democrats in 2020. The California Democrat plans to hold a town hall in Parkland, Fla. — where a gunman killed 17 people in a high school — next week, and has also posted photos of himself at a shooting range alongside prominent gun control activists.

Ryan, who officially announced on Thursday, wants to focus on jobs and uniting the country, boasting that he could “rebuild the blue wall” and win back his home state of Ohio, which Trump carried by nine points.

“The administration I will run will focus on creating dignified jobs for people, but the main issue before you even get to that is healing,” said Ryan, sounding like a cross between fellow Ohioan Sen. Sherrod Brown and New Jersey Democrat Cory Booker, who is already in the race. “How do we unite the country? The No. 1 enemy in the United States today is division.”

As one staffer to a 2020 presidential campaign put it, focusing on one issue “allows you to distinguish yourself,” and “insert yourself into a conversation” to draw attention.

Since Gabbard announced her candidacy in early February, she has made repeated trips to New Hampshire and Iowa, yet also spent time in Los Angeles and Selma, Ala., non-traditional venues for candidates. She holds progressive views on "Medicare for All," the $15 minimum wage and "Equality for All." An Iraq War veteran who backed Bernie Sanders in 2016, Gabbard was heavily criticized for meeting with Syrian President Hafez al-Assad in a quixotic bid to end that country’s civil war.

The Democratic party boasts the most diverse field of presidential candidates in history, and the base is increasingly clamoring for a nominee who is a woman or a person of color — or both.

Some Democrats have openly speculated what these House members — three out of four of whom are straight, white men — will bring to a field that already include O’Rourke and Sen. Bernie Sanders, and will likely include former Vice President Joe Biden.

“I don’t think we necessarily need another white guy to be president, but I think we do need is someone who listens,” said Ryan, who represents a district that is half African American. “I don’t know what it’s like to be a person of color in America, but I have learned to listen and to try to understand. And I think that is the most important quality in a president.”

House Majority Whip Jim Clyburn — who will play a key role in the South Carolina Democratic primary — said he welcomed his colleagues into the race, if they all do run. And it didn’t bother Clyburn that three of those members are white men.

“It’s open for the black guys in our caucus if they want to get in,” Clyburn quipped.

Yet Clyburn knows how hard it is for people who have made their name in the House to break out of the pack.

“It’s only happened once in the history of the country,” Clyburn said, referring to the presidential election of Ohio Rep. James Garfield in 1880. But he added: “It‘s indicative of the soundbite world we live in.”

Rep. Emanuel Cleaver (D-Mo.) joked that "it’s good for my relationship with my grandchildren to say that I served in the Congress with an avalanche of members running for the presidency."

But the veteran Democratic lawmaker noted the unwritten rule in American politics was "that you serve in the House, then you go over to the Senate or run for governor. Then you can go for president."

That doesn’t exist anymore in the post-Trump world. "A lot of things have changed," Cleaver said.

The surge in interest for the White House among House Democrats is unusual after their party resoundingly won the majority less than six months ago.

But back-bench lawmakers face daunting prospects in the House, where securing a coveted gavel can take a decade, and only then if they have the right relationships and raise staggering sums.

That’s particularly challenging for lawmakers like Moulton, Ryan and Gabbard, who have in some way challenged Pelosi’s leadership during their tenure.

The House’s hierarchy is shifting, though, with a wave of hard-charging freshmen like Ocasio-Cortez, with her millions of Twitter followers, who have eschewed the usual route to influence.

Still, three- and four-term lawmakers like Swalwell and Gabbard have watched as O’Rourke morphed into an online sensation during his state-wide run, and later entered the presidential race as one of the top names.

One longtime member, Rep. Raul Grijalva (D-Ariz.), said the array of candidates from the House stems from the historic nature of the party’s majority and the chamber’s rising visibility, with Democrats now positioned to challenge Trump head-on.