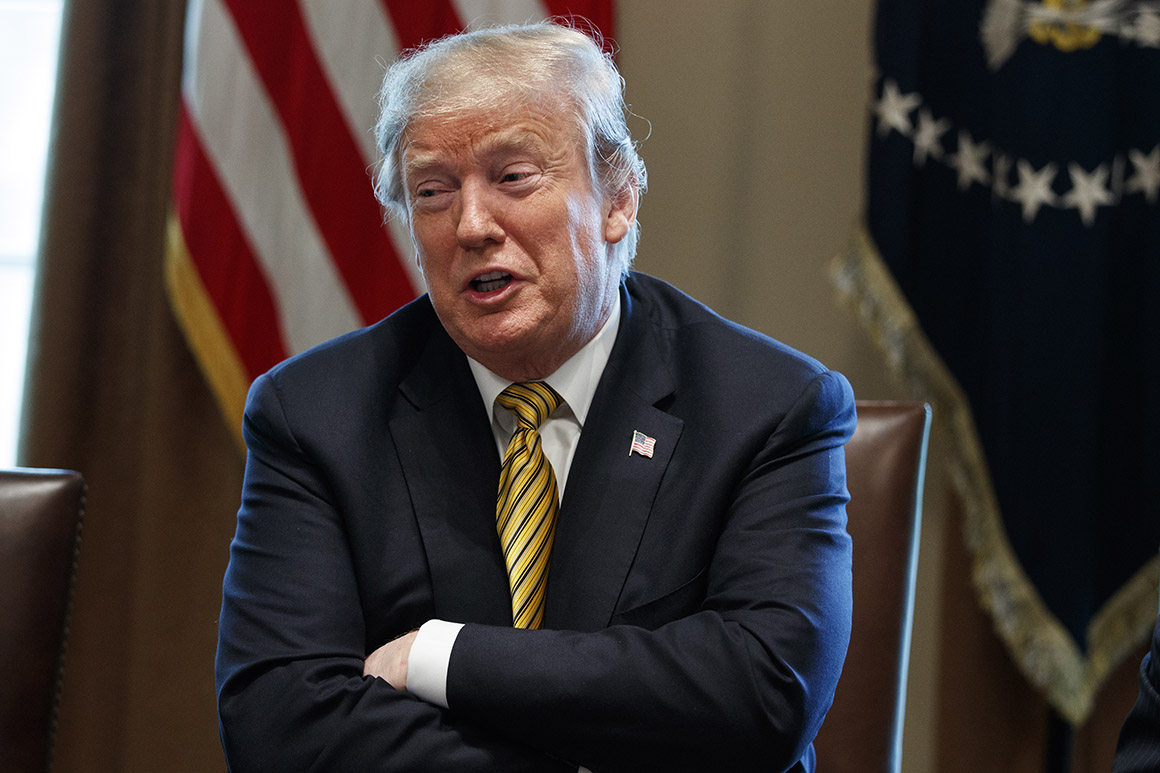 This seems pretty definitive. Shall means shall. Like, no wiggle room.

But there are overlays of both constitutional law and political power that could, and I think likely will, thwart Congress’s effort to get Trump’s tax returns.

First, the law. While it is true that IRS Code 6103(f) appears to give the committee the power to get tax returns, the statue must be exercised in a way consistent with Congress’s constitutional authority. The Supreme Court has said that Congress has broad authority to conduct inquiries, but that its authority is not unlimited. In the 1881 case of Kilbourn v. Thompson, the Supreme Court held that Congress can’t use its powers to delve into someone’s private financial matters unless there is a proper legislative purpose. In 1957, the Supreme Court held in Watkins v. U.S. that a congressional information demand must relate to a “legitimate task of the Congress,” and noted that Congress is not a “law enforcement agency” that can seek information to uncover or expose crimes.

So the legal question will be: Is Congress’s purpose in seeking the president’s tax returns legitimate? As an initial matter, Congress cannot plausibly argue that it is exercising its impeachment authority since House Speaker Nancy Pelosi and other Democratic leaders have explicitly disclaimed that the House is conducting an impeachment inquiry.

This is a substantial limitation, as courts have recognized that under our Constitution, Congress’s impeachment powers are vast and exclusive. Instead of invoking impeachment, though, the committee said in its letter to the IRS that its purpose in seeking the president’s tax returns included, but was “not limited to, the extent to which the IRS audits and enforces the federal tax laws against a president.”

The administration would likely argue that this is not a legitimate reason to obtain all of the president’s business and tax returns since 2013, particularly since it could be accomplished without knowing the details of all of the president’s tax information. This argument would be bolstered by the fact that Congress has never obtained or even sought the tax returns of any other president. The president will no doubt insist that efforts by House Democrats to obtain his tax returns are actually motivated by politics and not policy.

That is the legal landscape, which is the springboard for a discussion of what really matters here: power. The legal arguments discussed above will give Treasury Secretary Steve Mnuchin potentially plausible reasons to refuse to comply with Congress’s request or for the president to direct Mnuchin to do so. That would start a long, drawn-out process during which Congress would be deprived of the Trump tax information.

This process could be very, very long. The Treasury Department could take some period of time before formally answering the committee. The House could then file an action in court to try to force Treasury to comply. That court case would almost certainly take years to make its way through the court system, particularly since courts are reluctant to get involved in disputes between the legislative and executive branches unless and until the parties have tried and failed to reach an accommodation. And ultimately, a court might dismiss the case as moot once a new Congress is seated in January 2021.

So the president holds all the cards?

In the short term, yes. But Congress still has the ultimate trump card: impeachment. Should it choose to start impeachment proceedings, the House could ultimately find that either the Treasury secretary, the president, or both committed impeachable offenses in withholding the president’s tax returns for improper reasons. For this there is some historical precedent. The impeachment charges adopted by the House Judiciary Committee against President Nixon included allegations that he improperly withheld information from Congress.

Despite the bleak outlook for Congress in the short term, there are nevertheless three rational reasons for the committee’s demand. First, as a public relations move it shows the American people, and particularly Democrats, that the House is doing its job and trying to get to the president’s tax information. Second, it sets up a negotiation process by which the committee might get some of the information it is seeking. Battles over information between Congress and the executive branch are relatively common, but they almost always end in a negotiated resolution. Third and finally, by making the request, and knowing it will be rejected, the committee is setting up a potential impeachment count against the president.