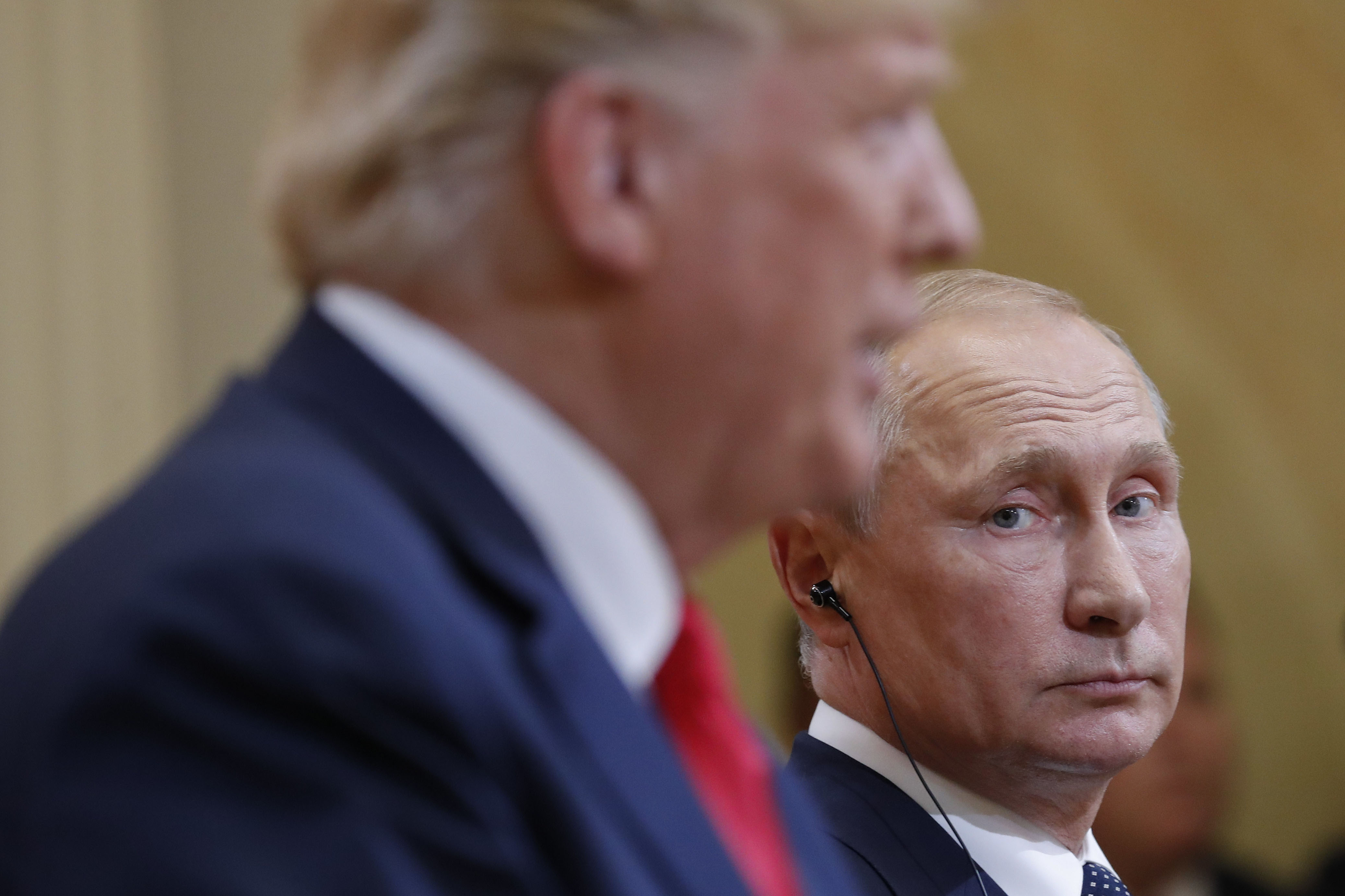 Vladimir Putin’s war against Ukraine has now entered its sixth year. This is not a frozen conflict. More than 10,000 Ukrainians have been killed, and that number grows each week. And on Nov. 25 of last year, the Kremlin leader escalated his war of aggression, and even expanded it into a new domain by attacking and seizing three Ukrainian naval vessels and detaining 24 Ukrainian sailors in violation of international law. They remain Putin’s captives.

Finally, more than 100 days since that attack, the free world has begun to respond. I welcome President Donald Trump’s recent decision, along with our Canadian and European allies, to impose additional sanctions on Russian officials. This is a powerful first step. But it must not be the only step.

The free world must respond with urgency and strength — not just to a single attack, but to Putin’s broader campaign to undermine Ukrainian sovereignty and the free institutions the country seeks to join.

Additional U.S. sanctions must be on the table to impose direct costs on Putin and his henchmen. We should also work closely with the NATO alliance to enhance our military presence and capabilities in the Black Sea region.

Most of all, the United States should develop a long-term plan for security assistance to Ukraine — a plan that truly reflects the stakes of this conflict not just for Ukraine, but for the United States.

Last year, Ukraine received its first lethal aid from the United States thanks to the Trump administration’s approval of a sale of Javelin anti-tank missiles — a critical step the Obama administration refused to take despite bipartisan support in Congress. The Trump administration also notified Congress in February that, for the first time since its creation in 2015, funds for the Department of Defense’s Ukraine Security Assistance Initiative will be used to provide lethal aid, including sniper rifles and shoulder-fired grenade launchers. I commend the administration for these two “firsts.”

Now it’s time to increase funding for the Ukraine Security Assistance Initiative, as well as the State Department’s security assistance programs. And a larger share of this funding should go to support defensive lethal aid that will make Ukraine a more difficult target for Putin’s aggression.

After Putin’s Black Sea attack, Ukraine’s maritime capabilities must be enhanced by accelerating acquisition of coastal defense radars, patrol boats, coastal defense and anti-ship missiles and other systems. On the ground, Ukraine needs more Javelins, other anti-tank weapons, electronic warfare systems and advanced counterartillery radars. And in the air, we should examine how to assist Ukraine in improving its air defenses.

Of course, the response of the free world to Putin’s aggression is not the responsibility of the United States alone. Canada, Lithuania, Poland and the United Kingdom have been providing security resources to Ukraine. We need more allies and partners to step up with action rather than talk.

Our European allies and partners should ban all Russian Navy vessels from their ports. Many of these ships home-port in illegally annexed Ukrainian territory. These ships fire missiles into Syria to keep the murderer Bashar Assad in power. Putin’s warships do not belong in the ports of the free world. And until Ukraine’s sailors and ships are returned, our European allies should extend that ban to Russian commercial ships originating from the Black Sea.

Perhaps the most powerful step our European partners could take would be to cancel the Nord Stream 2 pipeline, which will strengthen Russia’s grip on the European energy market and place Ukraine’s economic and physical security at greater risk. I hope this project will be stopped, but in the meantime, I urge European leaders to strictly apply European energy law to the pipeline, insist on greater transparency and demand the operation of the pipeline be truly independent of Gazprom, Putin’s corrupt gas syndicate.

The Ukrainian people further turned their backs to Russia in their elections this past weekend, resoundingly rejecting the only candidate supporting a closer relationship with Putin. But the country can also do more to strengthen its own defense against Russian aggression and malign influence by staying on the path of reform and cleaning up corruption.

Nothing, however, can diminish the sacrifices made by the people of Ukraine, nor the extraordinary courage and resolve they have shown through five difficult years of war.

Ukrainians are fighting, as the beloved Ukrainian poet Taras Shevchenko once put it, to join “the family of the free.” In this fight, Ukraine needs and deserves our help.