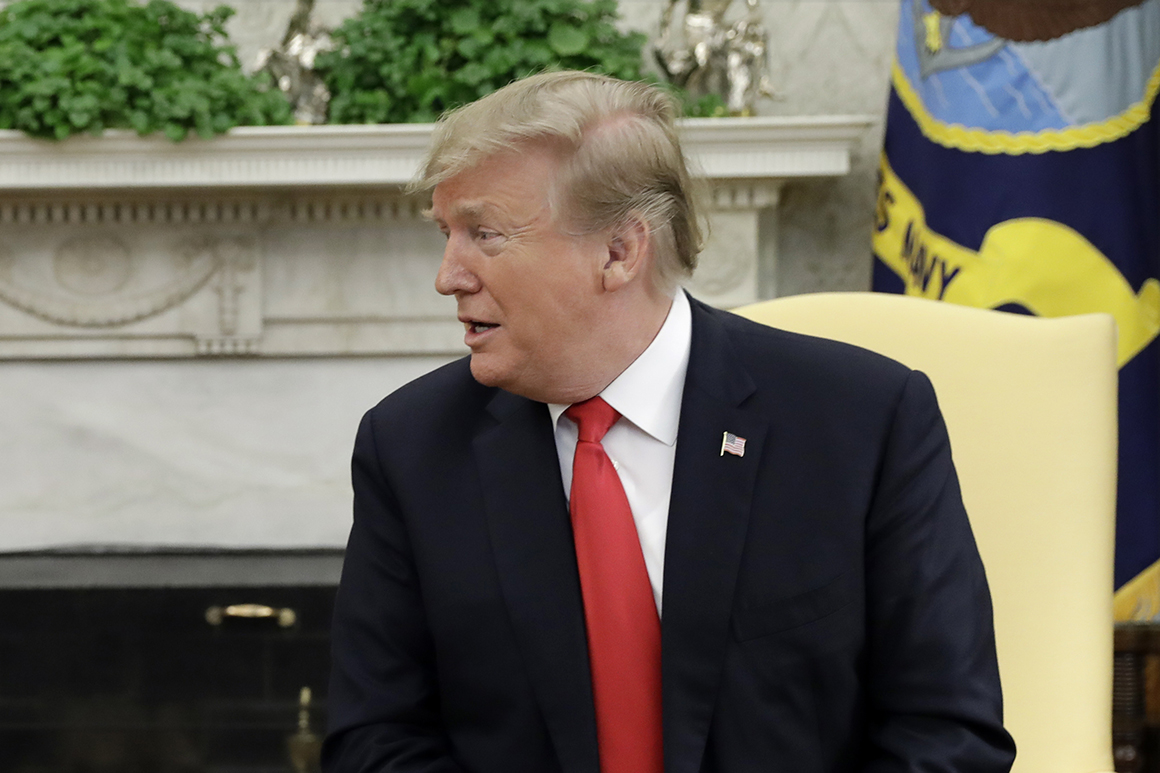 President Donald Trump eased off his threat to shut down the U.S.-Mexico border, instead giving Mexico a “one-year warning” and threatening to first impose auto tariffs before closing the border.

“The only thing frankly better, but less drastic than closing the border, is to tariff the cars coming in,” he told reporters at the White House on Thursday. "We’re going to give them a one-year warning and if the drugs don’t stop or largely stop, we’ll put tariffs on Mexico and products, in particular cars.”

Trump’s shift comes days after he said he would close the border as soon as this week if Mexican leaders were unable to stem the flow of migrants crossing into the U.S.