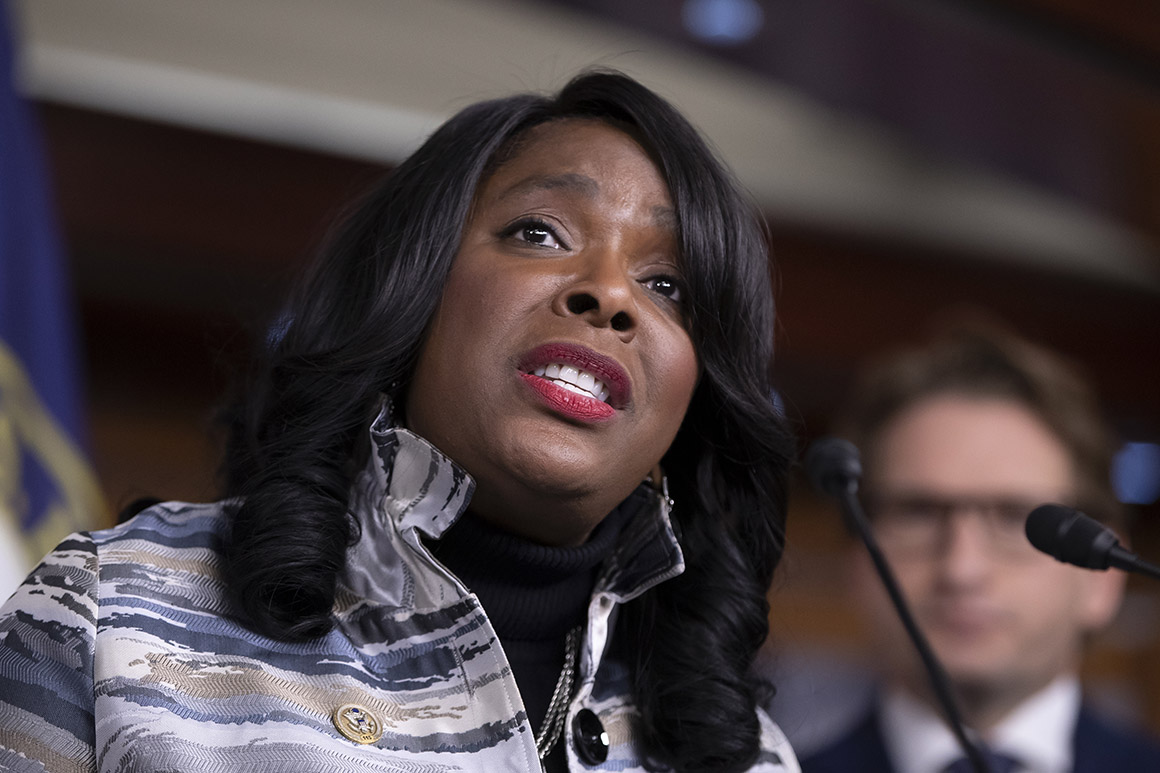 A fight among some House Democrats over a key minimum wage proposal is threatening to broaden the rift between the party’s progressive and moderate members.

Progressive leaders in the House are attempting to stamp out a push by some red state Democrats to soften the party’s $15-an-hour minimum wage proposal, which they see as a betrayal of last fall’s campaign promises.

Leaders of the Congressional Progressive Caucus are now lobbying fellow Democrats to help extinguish a competing plan backed by more than a dozen moderates that would permit lower hourly wages in more rural areas. And they’re prepared to wield the power of the 96-member caucus to ensure their full $15-an-hour proposal reaches the floor.

“We want to pass a full $15 minimum wage bill. Not a regional bill. We’re very clear about that,” Rep. Pramila Jayapal (D-Wash.) said in an interview. “Being in Congress means leading, and we need to lead on minimum wage.”

Democratic leaders have publicly and privately committed to passing a universal $15-an-hour wage, a priority that they say helped deliver the House majority. But the idea is running into some resistance from moderates in red states like Georgia, Iowa and Alabama, who have balked at doubling the federal minimum wage over a five-year stretch because they fear it will cost jobs, and votes, back home.

And with the $15-an-hour proposal still short on votes, some progressives fear that Democratic leaders will be forced to soften their signature bill to win over moderates, even though it will still go nowhere in the Senate.

A group of Democrats, led by Rep. Terri Sewell of Alabama, plan to introduce their own bill Thursday morning that would create a “regional” minimum wage — based on local cost of living — instead. Thirteen Democrats have signed on as co-sponsors as of Wednesday afternoon, but that number could grow, according to Sewell’s office.

Supporters include freshmen Democrats like Rep. Lucy McBath of Georgia and Dean Phillips of Minnesota — who is a small business owner who pays his own workers $15-an-hour but has said it is not a “one-size-fits-all wage.”

Sewell’s bill would dramatically slow the wage hikes in hundreds of smaller cities from Cincinnati to St. Louis compared to metropolis areas like San Francisco and New York.

But many other Democrats — including House Education and Labor Committee Chairman Bobby Scott, the chief author of the $15-an-hour minimum wage bill — detest the idea.

“Low income areas would be locked in to lower wages. We don’t have differentiated payments for Social Security,” the Virginia Democrat said in an interview.

The introduction of Sewell’s bill on Thursday will intensify a brewing clash between progressives and some moderates that has taken mostly behind the scenes.

Tension erupted last month at a meeting of New Democrats Coalition, as Scott dismissed the idea of a regional bill — in a roomful of moderates, many of whom supported Sewell’s bill — as he sought to sell his own.

Supporters of Scott’s bill — including virtually all CPC members, who got a private briefing from Scott on the bill in January — have argued that the competing proposal is costing votes and stalling the party’s hallmark $15-an-hour policy from reaching the floor.

“The regional minimum wage proposal is a clear attempt to water down the Raise the Wage Act,” an aide to one progressive member said. “Poverty wages shouldn’t be acceptable anywhere in America.”

Progressive leaders are now stepping up the pressure on Democratic leaders to fend off changes to the $15-an-hour bill, possibly hinting at the first time the CPC decides to go to the mat to defend a progressive priority.

So far in the majority, the CPC has mostly refrained from aggressive tactics to ensure their top agenda items make it to the floor. But some members and aides are eying the battle over the minimum wage bill as the first real test for Speaker Nancy Pelosi and her lieutenants to prove their commitment to a progressive agenda, even if it means cornering moderates on a difficult issue in their districts.

"We’re getting to get a vote on the $15-an-hour. I think there’s just too much pressure that’s going to build up on our caucus to do that. That was the commitment," Rep. Raúl Grijalva (D-Ariz.) said in an interview. "We need to follow through on that."

Centrist Democrats have pushed back, arguing that the cost of living in urban places is incomparable to rural areas, where rent is low and parking is free.

They argue that Sewell’s bill would also raise wages, only more slowly. Cities like El Paso, Texas, and Topeka, Kansas would need to raise their wages to $8.10 next year, while wages would jump to at least $10.60 in sprawling cities like San Francisco, Washington and New York City.

“More than doubling the wage over five years is going to result in lost jobs,” an aide to a member in favor of a regional wage bill said. “A lot of people would prefer to have a $10 wage than no job.”

Scott and other critics of the idea are quick to point out the flaws of the bill, as well, such as a congressional district in New Hampshire that would have three different minimum wages. Critics have also pointed out that Sewell’s bill would result in sharp spikes in the minimum wage in certain areas, like a $3 increase in Virginia next year alone.

Some moderates have argued that Sewell’s bill has interest from Republicans, unlike the Democrats’ dream proposal, but long-time Democrats argue they need to send the message to their base.

“I think if it’s not gonna go anywhere, I think we’ve got to make a statement. We’re for living wage everywhere,” said Rep. John Yarmuth (D-Ky.), who is a cosponsor of Scott’s bill.