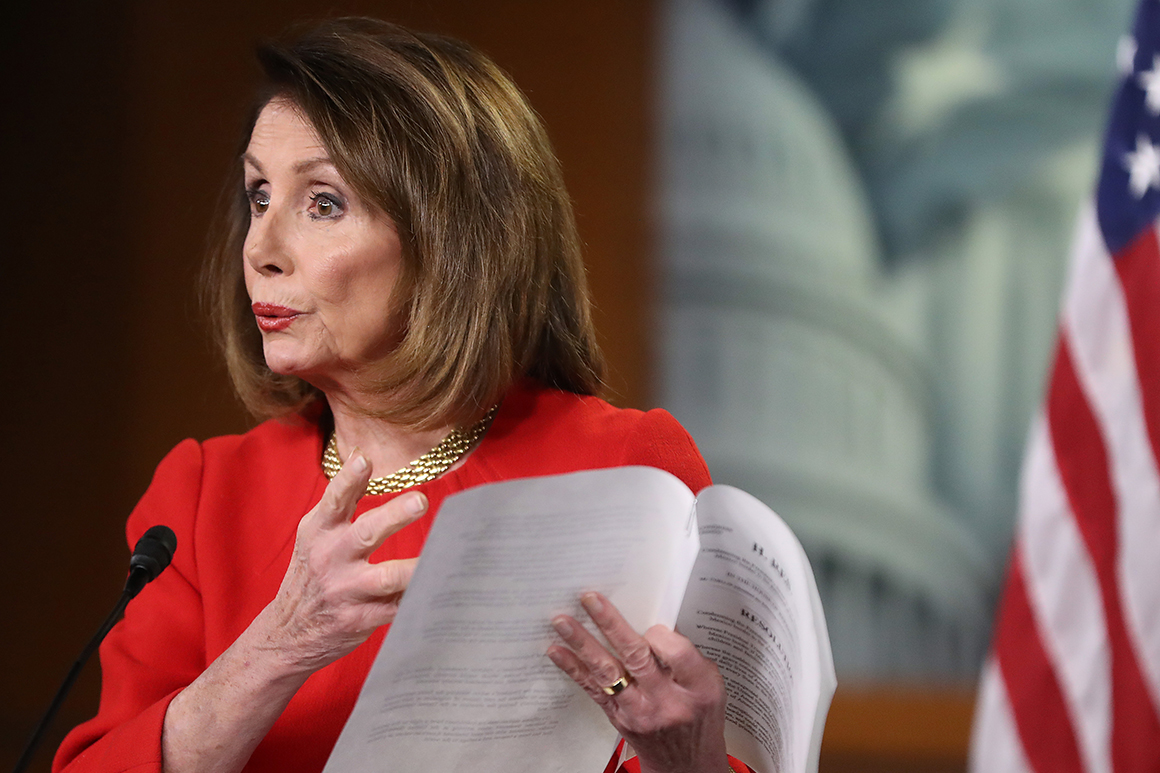 Speaker Nancy Pelosi announced Thursday that the House will file a lawsuit to challenge President Donald Trump’s emergency declaration on the border, dramatically escalating a clash over wall funding.

"The House will once again defend our Democracy and our Constitution, this time in the courts," Pelosi wrote in a statement.

The House will take the rare legal step against the White House after unsuccessfully attempting to block the effort through legislation.

House Democrats already overwhelmingly voted to halt Trump’s attempt to circumvent Congress to build his border wall — along with dozens of Republicans in both chambers — but Trump ultimately vetoed the measure. The House’s attempt to override the veto failed last month.

Trump has said he will continue construction of his border project using funds from military accounts — requests that have already been denied by House spending leaders.

"The President’s action clearly violates the Appropriations Clause by stealing from appropriated funds, an action that was not authorized by constitutional or statutory authority," Pelosi wrote.