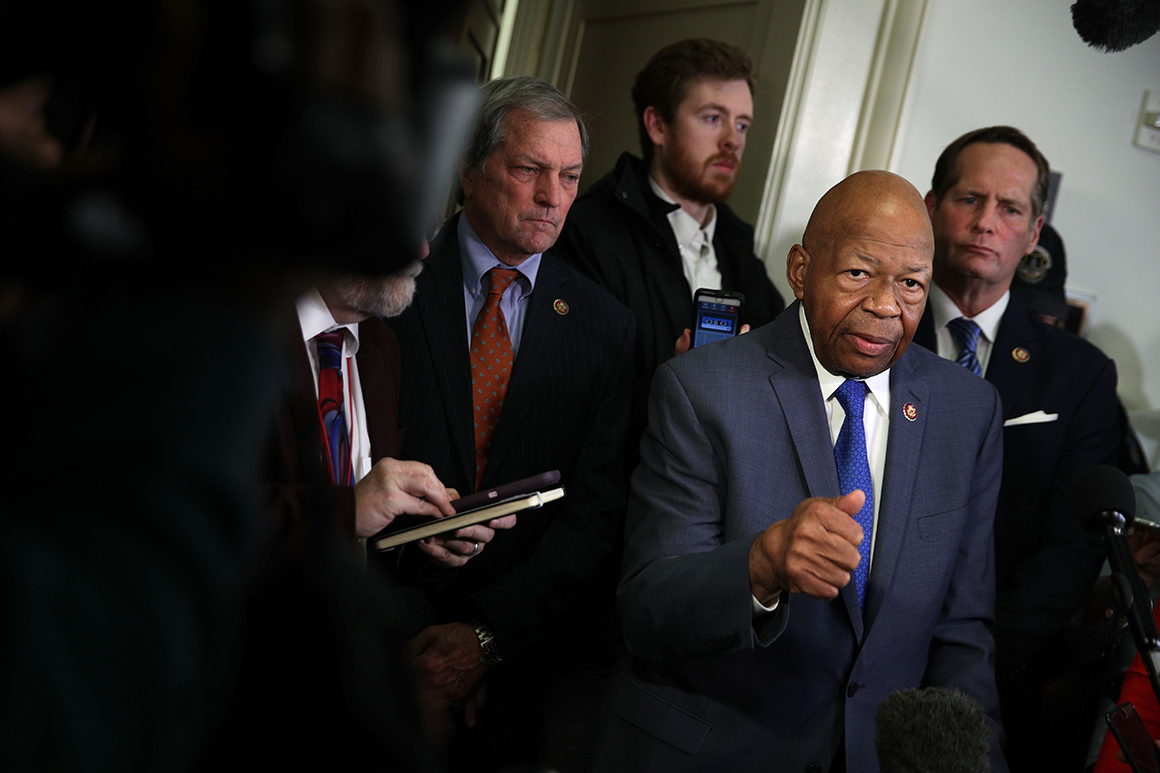 Three powerful House committee chairs asked Capital One for documents last month related to President Donald Trump’s business empire — and the financial giant said it would comply with the request if the committees issued a subpoena, according to letters obtained by POLITICO.

The lawmakers asked Capital One for all documents related to the president’s revocable trust, the Trump Organization, and other subsidiaries of his financial empire. Notably, the Democrats asked for documents that might have been turned over to special counsel Robert Mueller.

In a March 21 response to the committee leaders, Capital One executive Brent M. Timberlake said the corporation is “preserving the documents and materials,” but could only turn over the information if the committees issue a subpoena.

“Given the confidentiality obligations we have as a financial institution, including under state and federal law, we respectfully request that any production of materials be made pursuant to a subpoena rather than an informal request,” Timberlake wrote.

In their letter to Capital One CEO Richard D. Fairbank, Cummings, Waters and Schiff said their request was related to their committees’ investigations centering on Trump’s “potential foreign conflicts of interest, compliance with the foreign and domestic Emoluments Clauses of the U.S. Constitution, and any counterintelligence threats arising from links or coordination between U.S. persons and other foreign entities, including any financial or other compromise or leverage over the president and his business interests.”

They specifically named the Trump International Hotel in Washington, D.C., as a “focal point” of their investigation.

Representatives for Cummings, Waters and Schiff did not immediately respond to a request for comment.

Republicans were already crying foul over the request on Thursday. In a letter obtained by POLITICO, Reps. Jim Jordan (R-Ohio) and Mark Meadows (R-N.C.) said the demand for documents from Capital One “is not a best practice and has the veneer of a fishing expedition.”

“This inquiry does not appear to have a valid legislative purpose and instead appears to request information solely for the improper purpose of exposure and embarrassment,” Jordan and Meadows wrote.

The revelation comes a day after Cummings told reporters that accounting firm Mazars USA had also asked for a so-called “friendly” subpoena so that it could properly comply with the Oversight Committee’s demand for 10 years of Trump’s financial records.

Both the Mazars USA and Capital One requests reflect House Democrats’ efforts to corroborate aspects of former Trump attorney and fixer Michael Cohen’s February testimony before the Oversight Committee. Cohen provided documents to the panel that purported to show that Trump artificially inflated and deflated his net worth over time.

The Intelligence Committee has been investigating the extent to which foreign actors might have influence or leverage over the president’s decision-making. The Financial Services Committee is conducting its own probe into Trump’s finances, with a focus on Deutsche Bank.