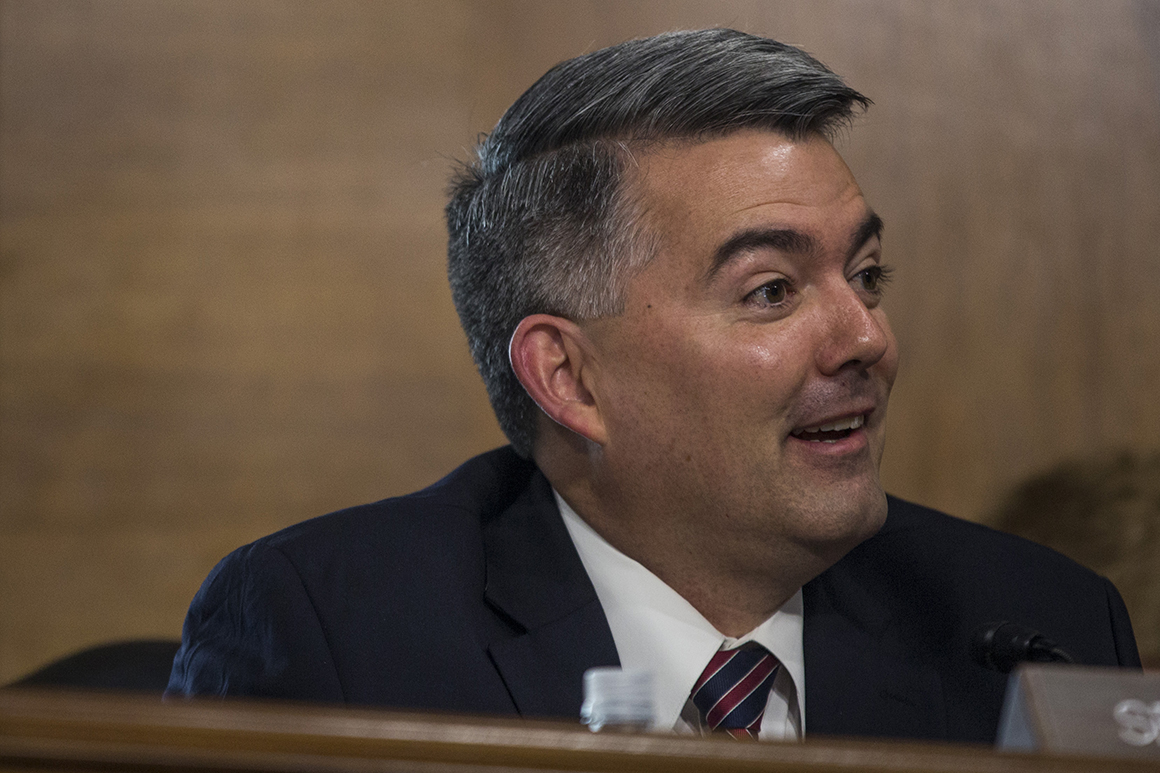 Sen. Cory Gardner said Thursday that President Donald Trump told him he’d sign legislation to ensure states can decide for themselves whether to legalize marijuana, but that Senate Majority Leader Mitch McConnell needs some more convincing.

The Colorado Republican, along with Sen. Elizabeth Warren (D-Mass.), reintroduced their bicameral bill Thursday. The legislation was introduced after the Trump Justice Department, under former Attorney General Jeff Sessions, rescinded guidelines that limited the prosecution of businesses or people who sold marijuana legally under state law.

“I think we still have more work to do with Sen. McConnell,” Gardner said. “He got partway there with hemp but [he’s] not exactly the bastion of libertarianism on this.”

Gardner said Trump opposed Sessions’ move to rescind the justice Department memorandum and predicted that if the bill were brought to the Senate floor it would have the 60 votes needed to pass. But he said there are other ways to get the bill through, either through appropriations or amendments.

“We’re going to look for every single nook and cranny to get a vote, to have our shot,” he said.

Lawmakers also view the departure of Sessions from the Justice Department as a sign of hope. Gardner said that while Attorney General William Barr did not endorse his bill and opposes legalization, he “recognized the reality that it’s here,” with 47 states passing laws allowing the sale of marijuana or marijuana products.