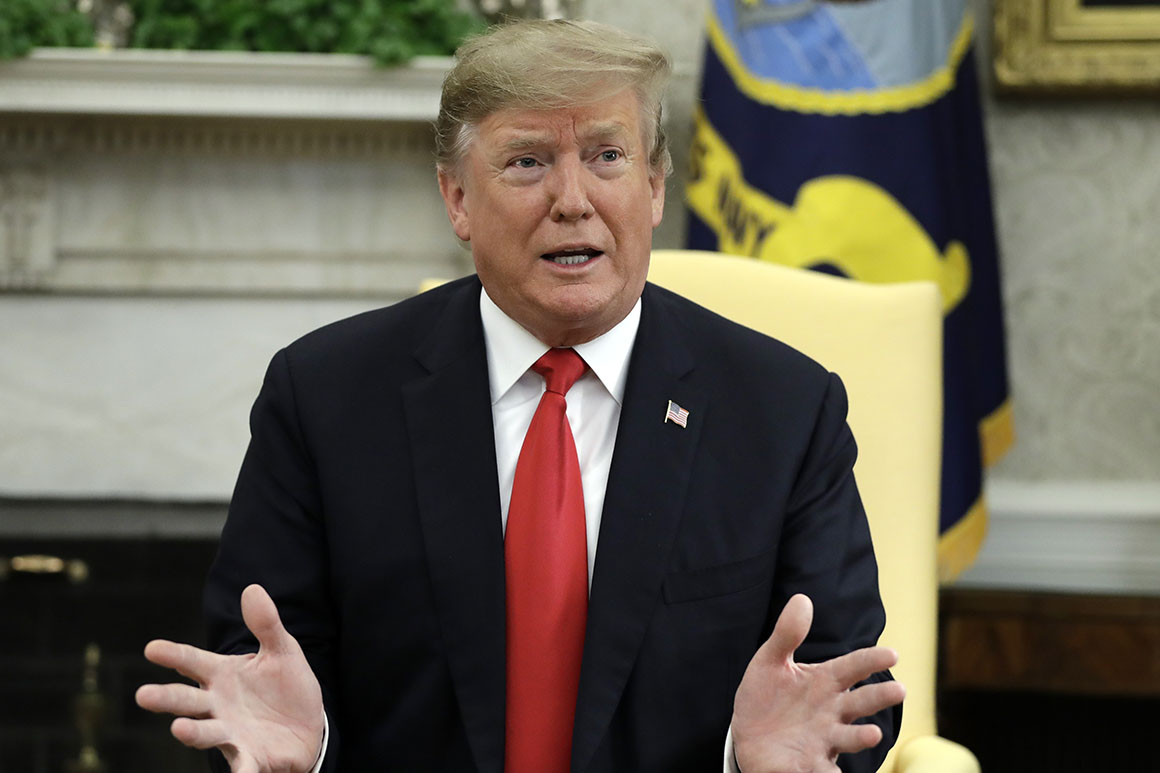 President Donald Trump has long said he is being audited by the IRS. House Democrats want to know more about that.

As part of their demand for Trump’s tax returns, Democrats are also asking about the IRS’s audit of his filings.

The agency has a long-standing policy of automatically vetting presidents’ tax returns, though little is known about that process, thanks to strict taxpayer confidentiality laws.

Democrats say they don’t know how serious those examinations are, or if they really do happen, because the agency ultimately answers to the president.

They point to an episode in the Nixon administration, when the IRS initially blessed Nixon’s returns before a subsequent audit by Congress’s independent Joint Committee on Taxation found he actually owed almost $500,000 in unpaid taxes.

Democrats’ bid to audit the IRS’s audits is not just a way of ensuring that doesn’t happen again, though.

It’s also a way for them to fight the No. 1 complaint Republicans have against the Democrats’ efforts, and a potential legal hurdle in their bid to seize Trump’s returns: that the entire effort is nothing more than a fishing expedition, searching for something in Trump’s tax returns they can use to embarrass him.

Emphasizing the need to oversee the IRS gives Democrats a policymaking rationale for seeking Trump’s filings.

“This is a matter of our oversight of the Internal Revenue Service — it’s broader than just the question of Donald Trump’s tax returns, though there’s plenty to ask about that,” said Rep. Lloyd Doggett of Texas, a senior Democrat on the Ways and Means committee.

Republicans scoff at Democrats’ arguments they need Trump’s returns in order to scrutinize the IRS.

"What they are interested in is using their oversight authority to collect as much information about this president’s finances as they can get their hands on,” he said Thursday. “All they really care about is finding a pretext to bring this president down.”

The audit trail is a somewhat surprising part of Wednesday’s demand by Ways and Means Chairman Richard Neal (D-Mass.) that the administration turn over by April 10 six years of Trump’s individual returns and those of several of his businesses, running from 2013 to 2018.

The administration plans to fight the request, and the issue is likely to get tied up in the courts.

“Until such time as I am not under audit, I will not be doing that, thank you,” Trump said Wednesday when asked about the demand. “We are under audit, despite what people said and we are working that out.”

Democrats are invoking an arcane law that allows the heads of Congress’s tax committees to examine anyone’s confidential tax filings.

The law has long been quietly used to inform the tax policymaking process. Lawmakers sometimes need to see private returns when they are deciding how to craft tax changes. If they are trying to outlaw a corporate tax shelter, for example, they may look at an individual company’s private return to help them understand how the tax dodge works.

Aside from giving Democrats a legislative rationale for seeking Trump’s returns, getting ahold of the details of the IRS’s audits of him could give them a roadmap to understanding the president’s surely complicated taxes.

In his letter to the agency, Neal demanded the IRS turn over the details of which of the president’s specified returns have been audited, why they were selected for examination and what the agency ultimately found.

“The committee is considering legislative proposals and conducting oversight related to our federal tax laws, including, but not limited to, the extent to which the IRS audits and enforces the federal tax laws against the president,” Neal wrote.

The IRS has automatically audited every president’s returns since the 1970s, both to instill confidence that the president is paying his or her share and to help the agency avoid having to decide which chief executive to scrutinize.

Those audits are a matter of the IRS’s internal policy, and not required by law, though some Democrats say they may try to change that.

Democrats point to Nixon, who, like Trump, was under suspicion of failing to pay his taxes. Seeking to clear the air, Nixon released his returns and asked JCT to audit them. Among the documents Nixon released was a note from an IRS official who said the president’s returns were “accepted as filed,” adding, “I want to compliment you on the care shown in the preparation of the returns.”

JCT later determined that Nixon actually owed $475,431 in unpaid taxes over four years. Under pressure, the IRS backpedaled, finding on its own that Nixon owed more than $400,000.

“We are trying to determine whether there is a need for legislative change as it relates to the way the IRS audits and enforces the tax law on the president of the United States,” said Rep. Dan Kildee of Michigan, another Democratic tax writer.