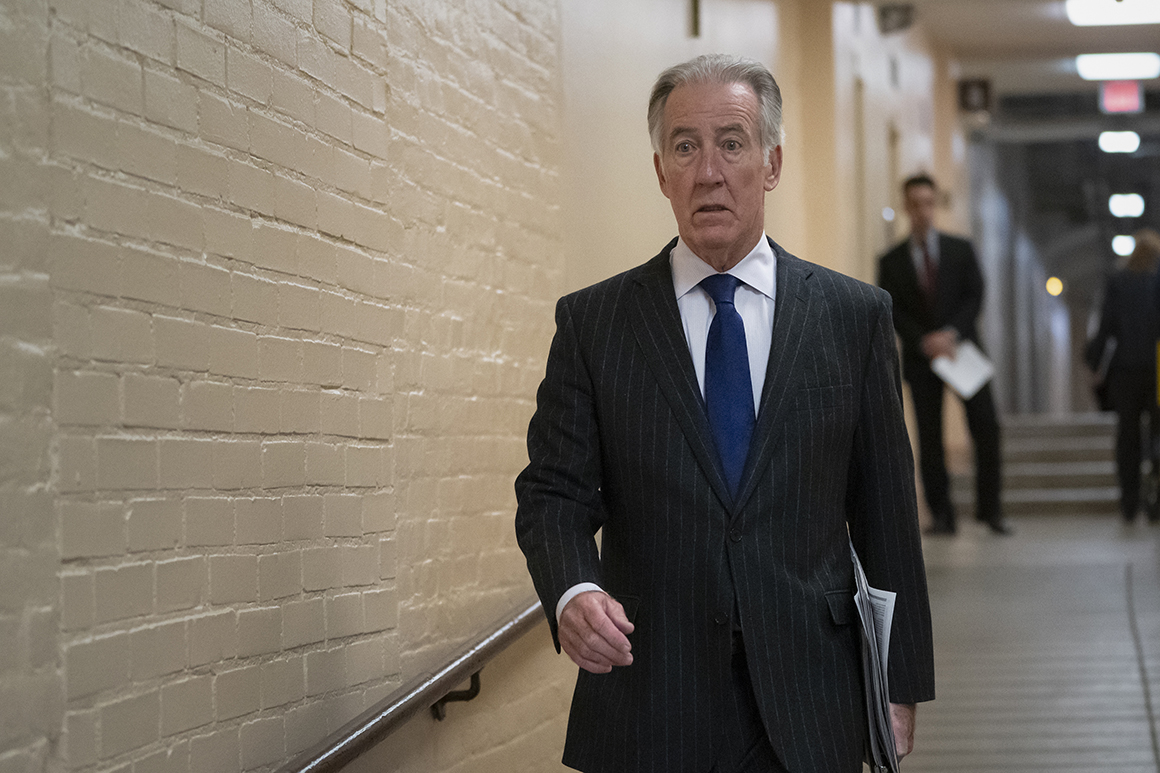 House Ways and Means Chairman Richard Neal is prepared to issue a subpoena for President Donald Trump’s tax returns if the administration refuses to turn them over, an aide said Thursday.

In a letter to IRS Commissioner Chuck Rettig on Wednesday, Neal (D-Mass.) demanded that by next week Rettig hand over six years’ worth of Trump’s personal tax returns and those of some of his businesses. But Trump left little doubt that he would resist the effort, repeating claims that he is being audited by the IRS.

The fight could escalate into a court battle, but Neal wouldn’t discuss that possibility.

“That remains to be seen,” he said in an interview with POLITICO.

Still, Neal said he is confident in his legal standing, given that committee attorneys signed off on the request for the returns. In his letter, Neal cited an arcane law allowing him to examine anyone’s confidential tax filings.

“Mr. Neal has handled this with great dignity and respect for the law. And the law says ‘shall,’” Pelosi told POLITICO when asked if Democrats were prepared to sue in order to get the returns. “’Shall,’ that the secretary of the Treasury Department ‘shall’ release the returns.”

Neal gave Rettig until April 10 to comply with his demand, though Treasury Secretary Steven Mnuchin is expected to play a major role in the issue. If, as expected, the administration rejects the request, Neal is unlikely to issue a subpoena immediately, the aide said.

A follow-up letter to Rettig is likely, which would come as House Democrats depart for an April 10-12 retreat. A subpoena may not be issued until May in that case, the aide said.

Neal declined to answer when asked why he requested business tax returns from only eight companies belonging to Trump, who controls hundreds, referring that question to Ways and Means attorneys. But he didn’t rule out expanding the request to include more Trump companies.

Top Republicans in Congress have urged Mnuchin to reject the request, calling it a political fishing expedition. But Pelosi said, "It’s not about politics.”

“It shouldn’t even have to come to this. The president should have released his returns as every other president has since this became an issue since the Nixon years," she said. “He has exempted himself from every standard of good governance. It shouldn’t be an issue.”