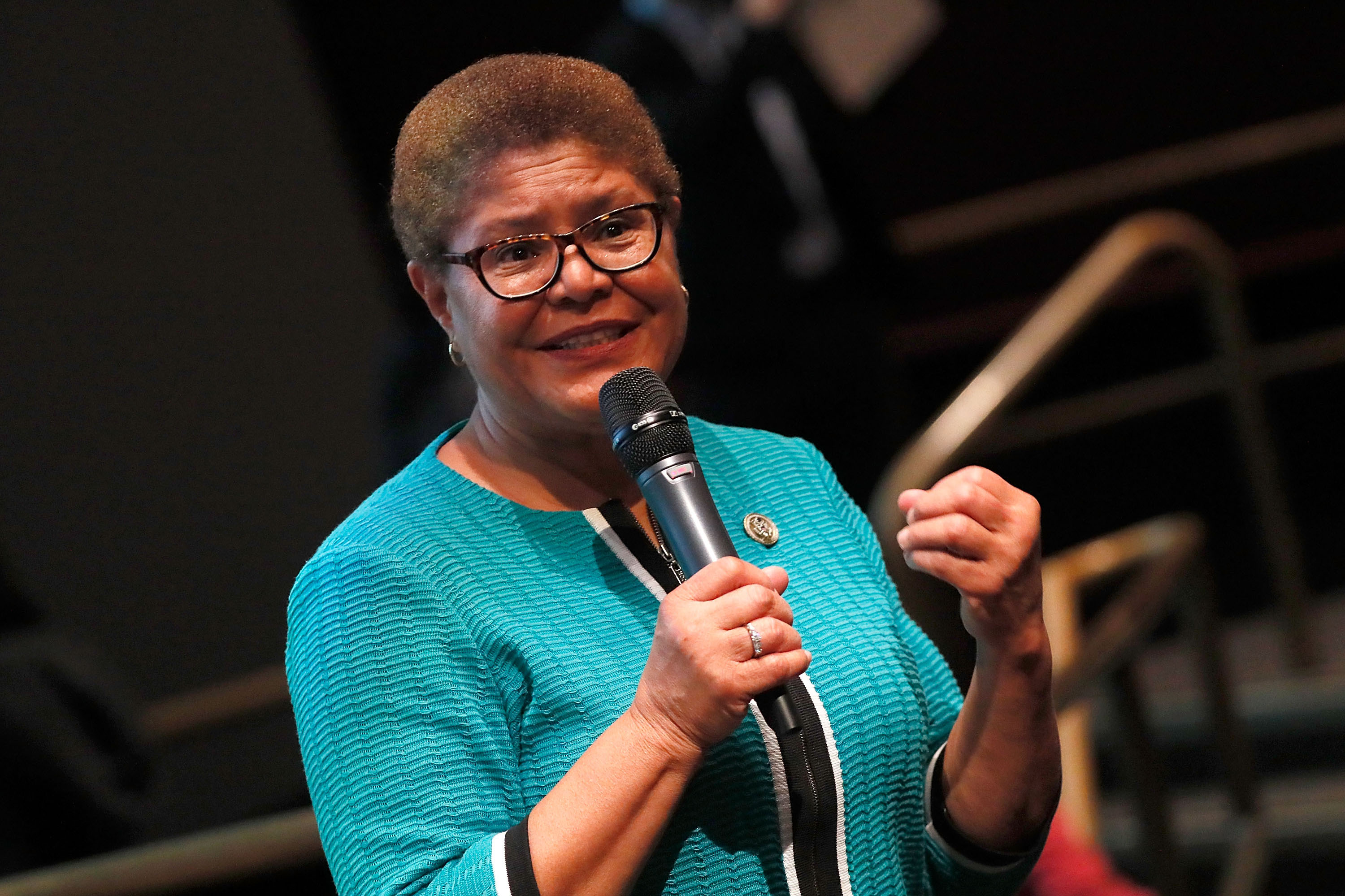 The House on Thursday passed legislation to broaden the nation’s landmark 1994 law on domestic violence, in a victory for Democrats over the objections by the National Rifle Association.

On a 263-158 vote, the House moved to expand the Violence Against Women Act and add language to keep firearms away from people convicted of dating violence or stalking.

Amid resistance from Republicans, the bill also strengthens protections for transgender individuals, Native Americans and immigrant women, in the biggest expansion of the bill since 2013.

Thirty-three Republicans joined all but one Democrat in supporting the bill.

The vote further cements the Democratic Party’s role as chief antagonist of the NRA in Congress — a marked shift from the last time the party controlled the House nearly a decade ago.

The expanded VAWA bill also offers a chance for Democrats to tout policy focused on domestic violence survivors in the “MeToo” era, where record numbers of women are serving in office and sexual abuse accusations are in the spotlight.

“Movements like MeToo, across this country, demand Congress’ attention to better deal with the gaping holes left unfilled in current law,” Rep. Karen Bass (D-Calif.), the bill’s chief sponsor, said on the floor.

It’s a poignant moment for lawmakers like freshman Rep. Katie Porter, who have recalled their own stories of enduring domestic abuse.

“The first time I called for help, the officer who arrived told me that if I called for protection again, my children would be taken away from me,” the California Democrat said, nearly breaking down into tears during a press conference on the bill last month.

The mostly party-line vote comes after months of bickering between Democrats and Republicans over the landmark domestic violence bill. Amid the dispute, Congress allowed the law to lapse earlier this year, and it’s not clear when it will be resolved.

The GOP-controlled Senate is expected to ignore the House-passed bill and try to come up with its own plan.

Rep. Tom Reed (R-N.Y.), who had suggested he would vote for the bill, said he opposed the “red flag” gun control provisions that were added but supported other expansions, such as transgender protections.

“To me, it was the gun issue that they were really playing politics with,” Reed told reporters this week. “We’re talking about a constitutional freedom, and they’re going down a slippery slope of not having that due process right protected.”

Democrats also slammed Republicans for being on the wrong side of a key issue for women voters, particularly after the GOP’s near-unanimous opposition to a bill to close the gender pay gap.

House and Senate GOP leaders have tried to blame Democrats for letting VAWA lapse and have pushed a one-year reauthorization of the existing law.

"They could easily have done a straight extension. That was, frankly, what we thought should’ve been done," House GOP Conference Chairwoman Liz Cheney (R-Wyo.) said in an interview. "And now, they’ve put a lot of additional items in the bill that, frankly, politicizes the bill and puts women at risk."