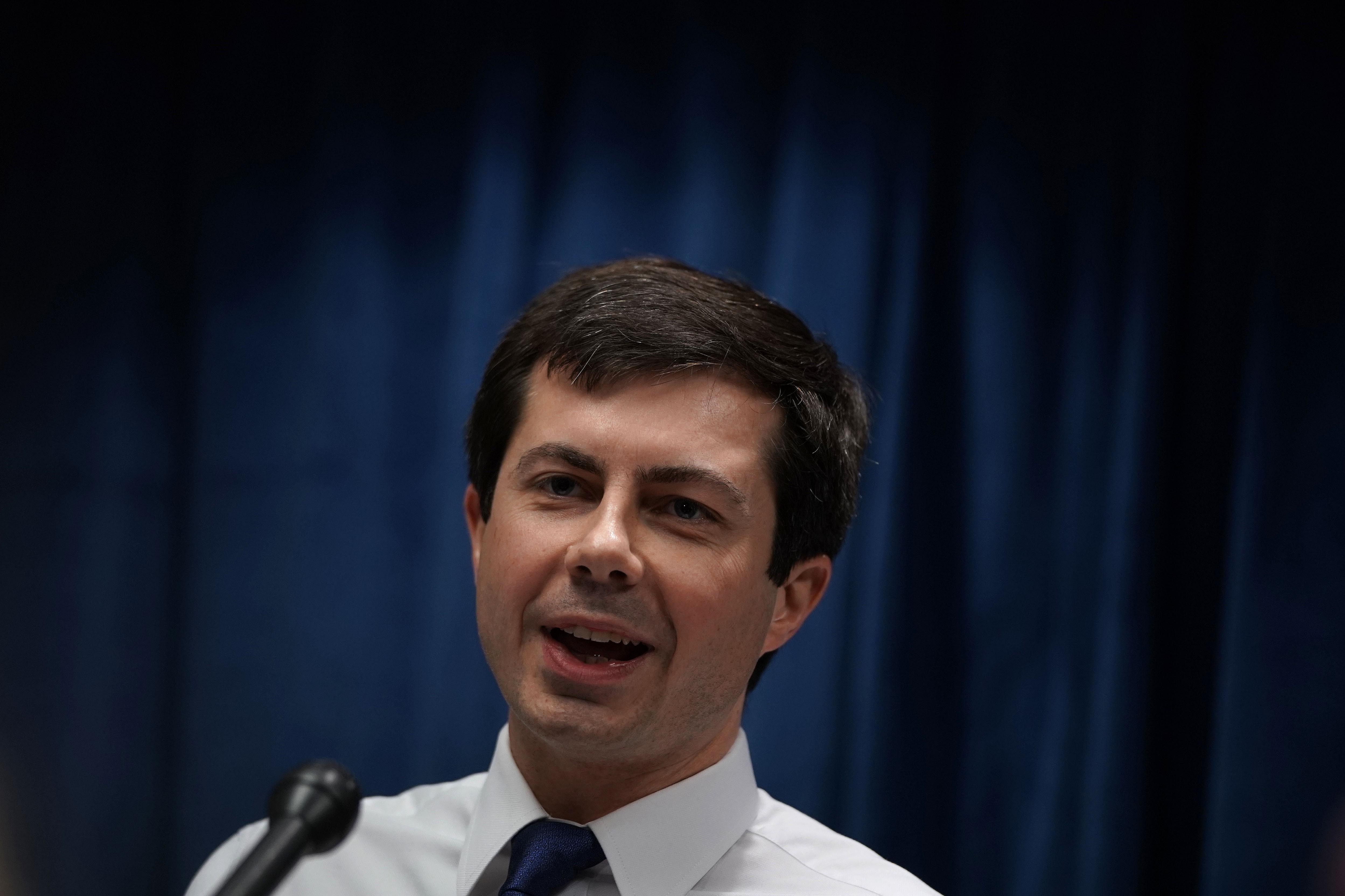 South Bend (Ind.) Mayor Pete Buttigieg, the long shot-turned-budding star in the 2020 race for president, said Thursday that he will make a "special announcement" later this month in his hometown.

Buttigieg, who has yet to formally declare his candidacy for president and officially remains in an exploratory phase, has seen his popularity surge in recent weeks, threatening to upend the Democratic race. In a minute-long video posted on Twitter, Buttgieg said “it’s clear people want a new direction for America,” asking people to join him for a “special announcement" in South Bend.

“On Jan. 23, I launched a committee to consider running for president. Our first hurdle was simple,” he says in the video, along with a supercut of news anchors mispronouncing his name. “Now, so many more people know what we’re about.”

The video nods to his rising star, including some of the viral moments from town halls and interviews that have helped propel Buttigieg out of the lower tier of the packed Democratic primary field.

“It’s not just about winning an election. It’s about winning an era,” Buttigieg concludes. “So if you’re ready to make our politics more honest, to fix our democracy, to defend racial justice, to look to the future, to bring generations together, join us. April 14. South Bend.”

Earlier this week, the 37-year-old announced a $7 million fundraising haul in the first quarter of 2019 and just days before that a national poll had him tied with Sen. Elizabeth Warren, the Massachusetts progressive who was once expected to be a frontrunner. Though he’s still considered a relative long shot, Buttigieg has also been racking up followers on social media and drawing overflow crowds to his latest campaign events.

In an interview on “Good Morning America” Thursday, Buttigieg demurred on elaborating what he would announce later this month, telling anchor George Stephanopoulos it’s “the kind of announcement you only get to make once.”

“I’m looking forward to gathering as many people as want to be part of it in South Bend,” Buttigieg responded.

The openly gay mayor and Afghanistan veteran has made a name for himself in the race by portraying his candidacy as a potential generational changing of the guard, pushing back on the notion that executive experience as the leader of a small town is non-transferable to the Oval Office.

On Thursday he reiterated his belief that American voters are more liberal than Congress or the Democratic party at large would indicate, contrasting the broad bipartisan support for things like universal background checks with the lack of action on the issue in Congress. He also responded to Republican attempts to turn socialism into a slur against Democrats, a line of attack President Donald Trump has relied on in recent months.

“Folks want to know whether an idea is a good idea or not and slapping a label on it especially in a careless way that doesn’t make any sense, I don’t think it moves the debate,” Buttigieg argued. “We’re at way too serious of a moment in the life of this country to be taken in by this attempt to basically cast a spell using a word to shut down debate.”