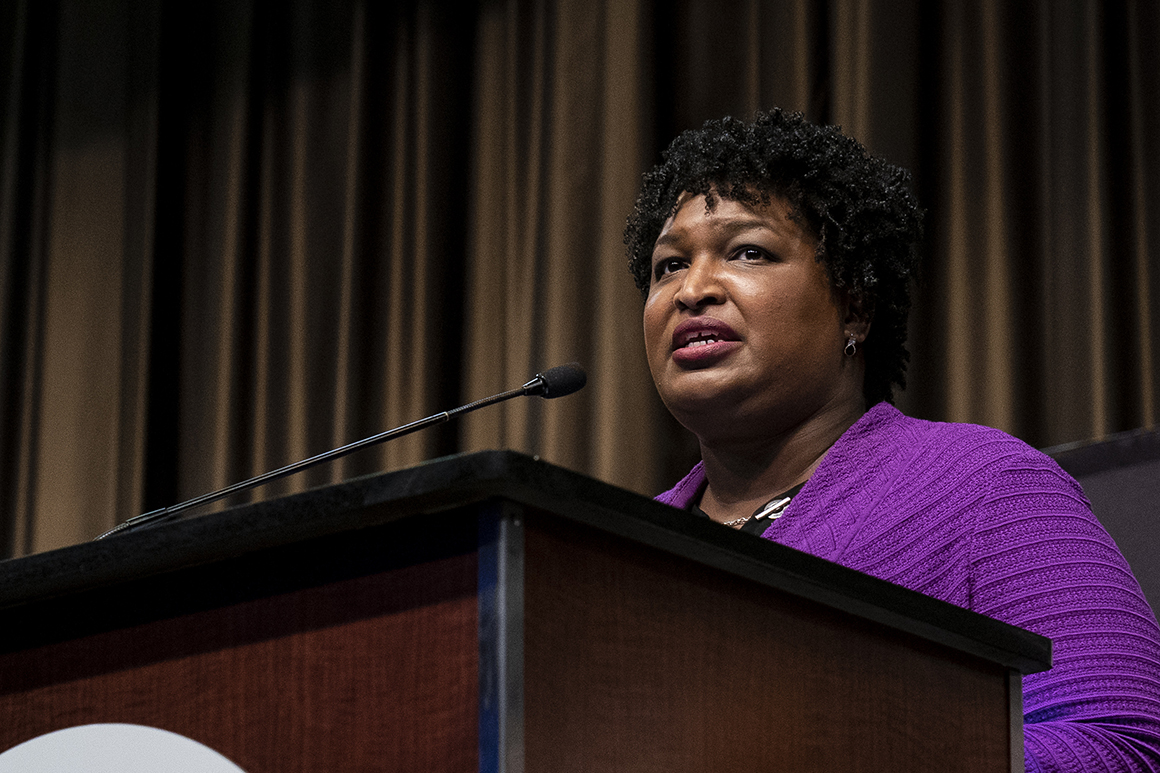 Former Georgia gubernatorial nominee Stacey Abrams said Thursday that former Vice President Joe Biden’s response to allegations he’d made women uncomfortable by being overly physical was "what we should be looking for" in elected leaders.

“We cannot have perfection as a litmus test,” Abrams, a Democrat, said in an interview on MSNBC’s “Morning Joe.” “The responsibility of leaders is to not be perfect but to be accountable, to say ‘I’ve made a mistake, I understand it and here’s what I’m going to do to reform as I move forward.’ And I think we see Joe Biden doing that.”

Over the last week, four women have come forward to share stories of the notoriously tactile Biden touching them in nonsexual ways that nevertheless made them feel uncomfortable.

Biden had responded to the controversy through multiple statements from spokespeople but finally broke his silence in a video posted on Twitter Wednesday afternoon.

“Social norms have begun to change, they’ve shifted, and the boundaries of protecting personal space have been reset. I get it. I get it. I hear what they’re saying,“ Biden said, insisting that physical contact is merely the way he connects with and supports people.

Prominent Democrats and Republicans have come forward in Biden’s defense over the last week, though others were less satisfied Wednesday with his glaringly absent lack of an apology.

But Abrams said that his acknowledgment of the issue and his pledge to be “more mindful and respectful of people’s personal space” demonstrated enough accountability.

“I think the vice president has acknowledged the discomfort that he’s caused. He’s created context for why that is his behavior and he has affirmed that he will do something different going forward. And I think that’s what we should be looking for,” she said. “Because we’re going to find out things about everybody running for office — whether it’s for the presidency or for school board — and we have to as a people be ready to forgive but forgiveness does not mean you accept it unless what you see is accountability and an attempt at reformation so that more people can feel included and believe that their needs will be met.”

Abrams, who said Thursday that she’s still considering a run for president in 2020, has been linked to Biden in the media in recent weeks after reports surfaced that the vice president, who’s widely assumed to be on the verge of announcing his own candidacy sometime this month, was mulling entering the race on a ticket with Abrams as his vice presidential running mate.

Those reports are “not at all” true, said Abrams, who added that she hadn’t discussed either his or her own potential presidential ambitions when the two met earlier this year.

Abrams skyrocketed to the national stage this year in her closely watched race for Georgia governor that she narrowly lost. Her name has been floated for a number of future races, including another shot at the governorship, a 2020 Senate run, or a White House run. Earlier this year, she delivered Democrats’ official response to President Donald Trump’s State of the Union address.

She said Thursday her future plans will hinge on whether she decides to run for Senate, a “short-term” choice she hopes to make this month.

“I do think you cannot run for an office unless you know that’s the job you want to do. I don’t think you use an office as a stepping stone,” she said. “So my first responsibility is to determine whether a Senate run is right for me. And then the next conversation for myself will be if not the Senate then what else?”

As for announcing a White House run, she said, “I don’t believe that there is an imperative to do so before September. I think it’s important that people are having these conversations now but I’m not going to make a decision driven by other people’s timelines.”

Abrams noted that she isn’t intimidated by the ever-widening Democratic primary field, which may surpass 20 candidates in the coming months. But she definitively ruled out the possibility of joining the primary as a running mate.