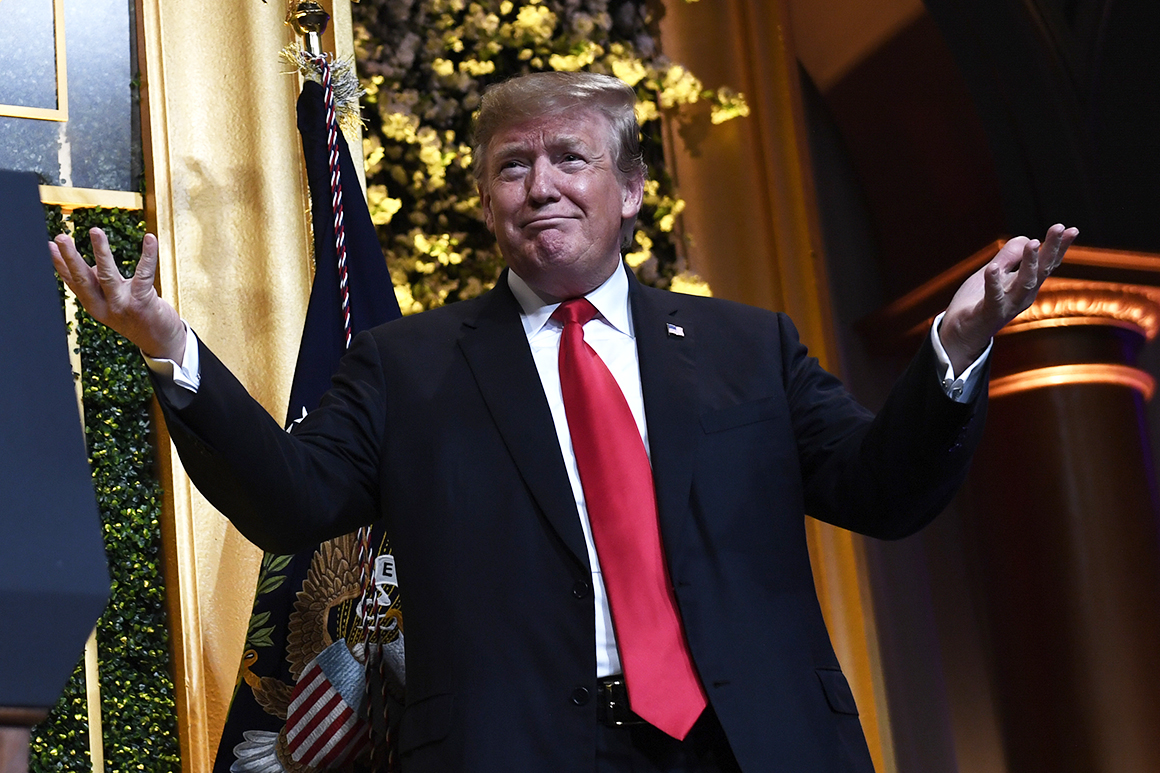 President Donald Trump referred to Democratic firebrand Rep. Alexandria Ocasio-Cortez as the “young bartender” on Tuesday night, pleading with GOP lawmakers not to kill her Green New Deal proposal before he gets the chance to run against it in 2020.

Ocasio-Cortez shot to fame last year, becoming the youngest woman elected to Congress by upsetting Rep. Joe Crowley, a longtime fixture in the Democratic caucus, in a Democratic primary.

The self-proclaimed democratic socialist has embraced her outsider status, winning fans by touting her relatively humble roots and frequently mentioning her day job as a bartender in New York City before being sworn in to Congress.

Her star has only continued to rise, commanding a huge following thanks in part to her prolific social media presence. Through her first three months in Congress, she has sought to push Democrats to the left on a number of issues, including her sweeping Green New Deal proposal to combat climate change. But she’s become a punching bag for those on the right who have held her up as proof of a radical leftward shift in the Democratic party and seized on her every misstep.

Trump on Tuesday riffed on Ocasio-Cortez’s ability to drive news cycles and policy discussions, claiming that her influence was intimidating to much more senior lawmakers.

“You have senators that are professionals that you guys know that have been there for a long time, white hair, everything perfect, and they are standing behind her and they are shaking. They are petrified of her,” Trump said. “They really believe this stuff.”

But while Trump dismissed the Green New Deal, he held it up as the perfect foil for his reelection campaign and joked that he hopes Republicans don’t kill the proposal just yet.

“We will have to do something,” he promised. But, he added, “don’t do it too early, please. Don’t kill it because we want to be able to run against it. If they beat me with the Green New Deal, I deserve to lose.”