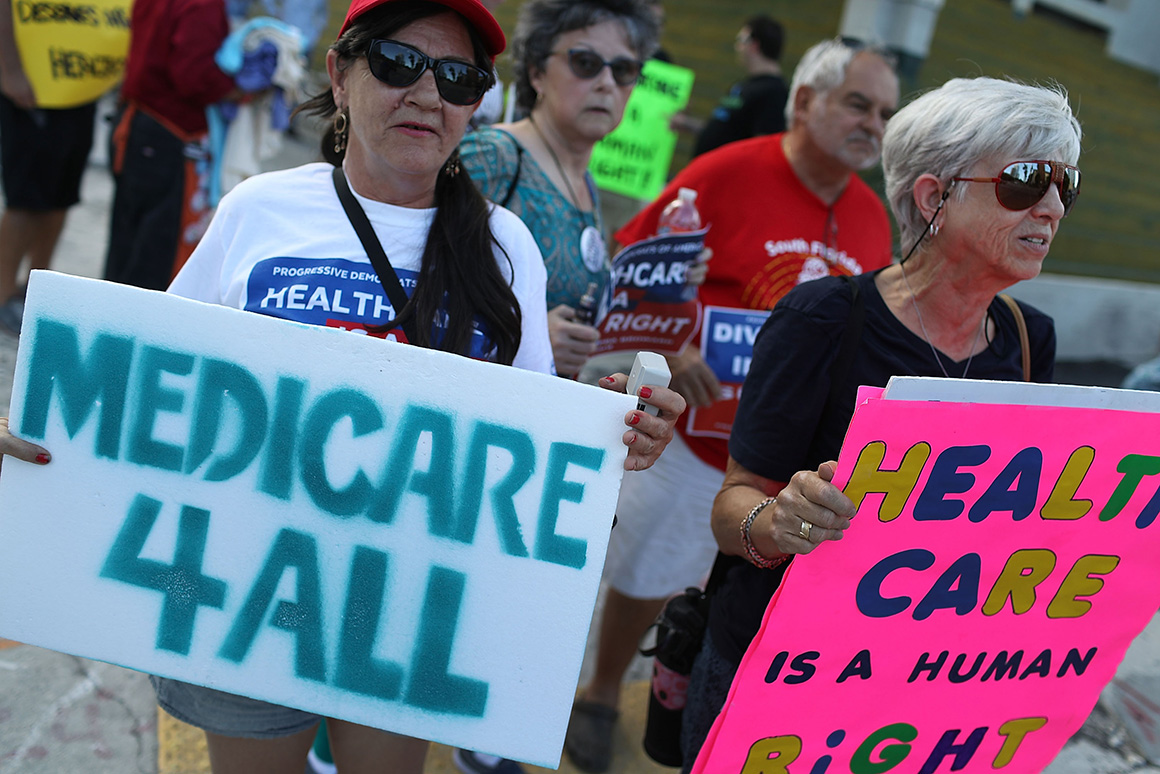 Voters are broadly skeptical of President Donald Trump’s renewed push to dismantle the 2010 health care law, according to a new POLITICO/Morning Consult poll.

The survey, conducted in the days after the Trump administration asked a federal court to strike down the entire Affordable Care Act, finds that a plurality of voters support former President Barack Obama’s signature legislation. Voters also trust Democrats over Republicans when it comes to health care, and a majority has little faith in the president to make the system better.

Since last week’s court filing, Trump has backtracked in part on health care, saying that Republicans wouldn’t take up reform legislation until after the 2020 election. But the lawsuit continues, and the issue will probably be among the most important that voters will weigh next November, when Trump is vying for a second term.

The poll shows that any health care battle will be fought on Democrats’ turf. Asked whom they trust when it comes to health care, 45 percent of voters pick Democrats in Congress, while 35 percent choose Republicans in Congress. A majority of voters, 54 percent, have “a lot” or “some” trust in congressional Democrats to protect the health care system or make improvements to it — significantly more than have those levels of trust in congressional Republicans (41 percent) or Trump (41 percent) on the issue.

A 59 percent majority of voters say they don’t have much trust or any trust at all in Trump on health care.

“As health care is pushed to the forefront of the 2020 agenda, our polling suggests President Trump may struggle to attract voters with his promise of a new plan,” said Tyler Sinclair, Morning Consult’s vice president. “While over eight in 10 Republicans (82 percent) have ‘a lot’ or ‘some’ trust in the president to overhaul the U.S. health care system, independents and Democrats trust the president ‘not much’ or ‘not at all’ on this issue (65 and 93 percent, respectively).”

The poll also shows that a plurality of voters support the law Trump is seeking to strike down: Obamacare. Nearly half, 47 percent, approve of the law — more than the 41 percent who disapprove of it.

The survey did not ask about a still-nonexistent Republican replacement for Obamacare, but it did find majority support for a Medicare-for-all health care system, in which all Americans would get their health insurance from the government. Fifty-two percent of voters support a Medicare-for-all system, while 35 percent oppose it.

That is statistically unchanged from the previous poll, in early March, when 54 percent of voters supported Medicare for all, and 34 percent opposed it — though a longer-term trend shows some decline in support.

While voters generally back Democrats on health care, another question finds a modest Republican advantage. Nearly four in 10 voters, 39 percent, say they would be more likely “to vote for the candidate running for … Congress in your district who supports repealing and replacing the Affordable Care Act,” while a third, 33 percent, say they would be less likely to vote for that candidate. But nearly three in 10, 28 percent, have no opinion.

The poll was conducted March 29-April 1, surveying 1,945 registered voters. The margin of sampling error is plus or minus 2 percentage points.

Morning Consult is a nonpartisan media and technology company that provides data-driven research and insights on politics, policy and business strategy.