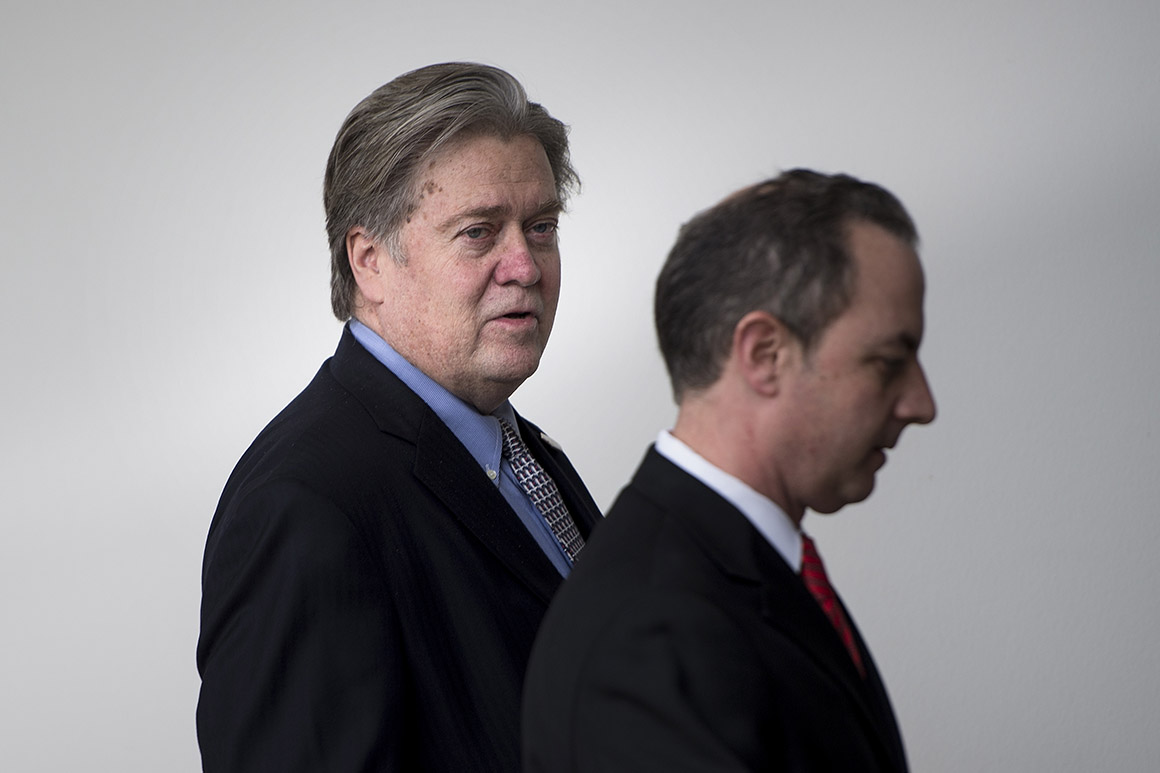 More than half of the House Judiciary Committee’s 81 targets in its obstruction of justice and corruption investigation into President Donald Trump have declined to produce documents, according to a POLITICO analysis.

Two weeks after committee chairman Jerrold Nadler’s March 18 deadline, 14 witnesses contacted by POLITICO indicated through attorneys or in public statements that they had provided no documents to the panel. Approximately 30 individuals and entities ignored the committee’s requests altogether as of Wednesday morning, according to a Republican aide.

POLITICO’s analysis is based on outreach to all 81 targets or their attorneys, public statements by witnesses and interviews with committee aides and lawmakers.

Earlier Wednesday, the committee voted to authorize subpoenas for five former top Trump White House officials as part of its investigation, which is examining allegations of abuses of power again the president.

Those former aides include Reince Priebus, Stephen Bannon, Donald McGahn, Hope Hicks and Ann Donaldson. It’s now up to Nadler whether and when to issue those subpoenas.

Republicans on the committee say the subpoenas for those five aides are part of a partisan attack on Trump. Bannon and Hicks, they noted, had already committed to cooperating and had provided documents, and the other three would be unable to provide material because any relevant documents they had would be in the possession of the White House.

Despite the widespread failure to obtain documents, several of Trump’s closest aides and associates have signaled their intention to work with the committee — and the material they turn over could prove significant.

Hicks and Jared Kushner, the president’s son-in-law and senior adviser, have indicated through their attorneys that they intend to comply with the committee’s requests. The Flynn Intel Group, the firm of former national security adviser Michael Flynn, and AMI, the parent company of the National Enquirer, have also signaled their intention to cooperate. It’s unclear whether committee Democrats are satisfied with their participation so far.

Of the 14 entities and individuals who declined to cooperate, the reasons were wide-ranging.

Mark Corallo, a former spokesman for Trump’s legal team, said he couldn’t share documents because they were protected by attorney-client privilege. Wikileaks founder Julian Assange claimed he should be considered a journalist and therefore be protected from the committee’s broad request. Rick Gates, a former deputy chairman of Trump’s 2016 campaign, said he might assist later, once his cooperation with special counsel Mueller and other prosecutors had ended. Roger Stone, a longtime Trump confidant, said he declined to cooperate because he’s facing criminal charges for allegedly making false statements to Congress.

A spokesman for Nadler did not respond to a request for comment.

For at least one of the committee’s targets, Democratic staffers apparently reached out to the wrong attorney. Kevin Downey, a lawyer for Russian billionaire Viktor Vekselberg, told the committee in a letter obtained by POLITICO that “my firm has not been retained to represent Mr. Vekselberg with respect to this matter.”.

Frontier Services Group, the security firm founded by Trump associate Erik Prince, told the committee that it does not have any of the documents it requested. Several other individuals and entities have told the panel the same.