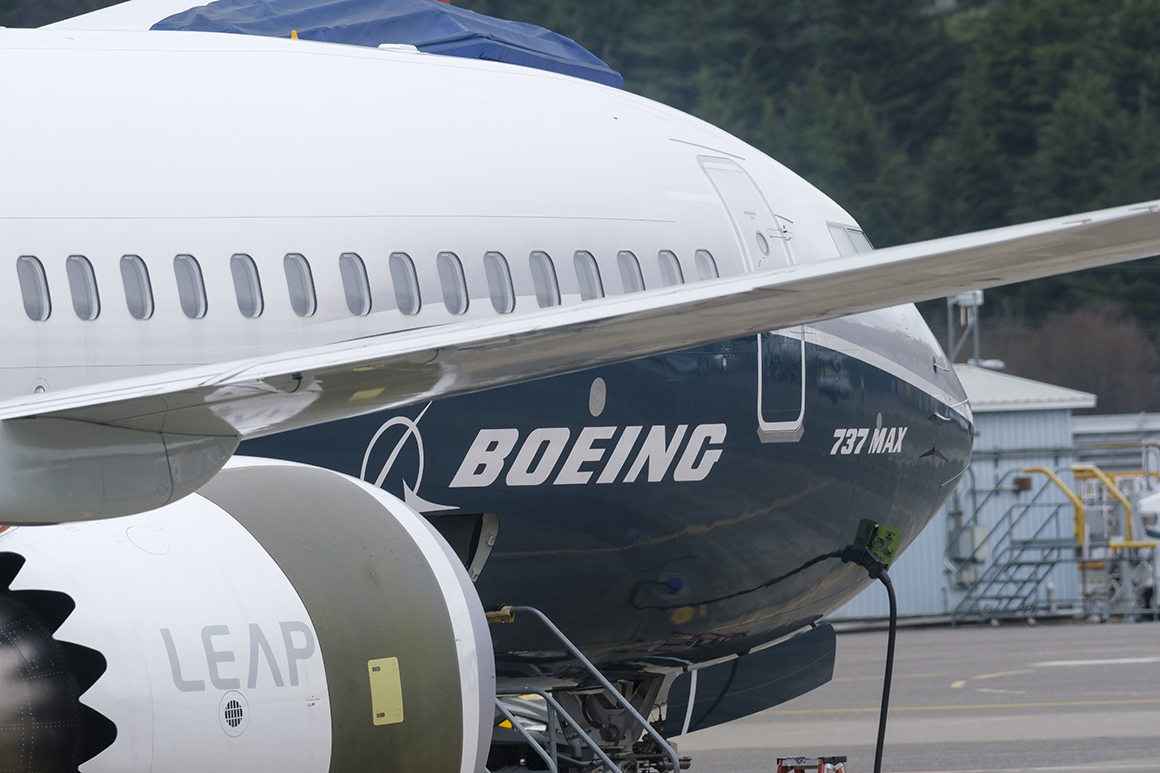 The Ethiopian government’s upcoming preliminary findings on the deadly crash of a 737 MAX 8 will add to questions about Boeing’s design and why the Federal Aviation Administration approved it to fly, a U.S. lawmaker familiar with some of the details said Wednesday.

Ethiopian authorities have scheduled a briefing in Addis Ababa for 3:30 a.m. EDT Thursday to discuss the March 10 disaster, which was the second fatal accident involving Boeing’s hot-selling jetliner since October. Recent news reports based on leaks from the probe have indicated that the 737 MAX’s problems may go beyond the anti-stall software that has surfaced as a suspected factor in both crashes.

Sen. Richard Blumenthal (D-Conn.), who sits on the Senate committee with jurisdiction over aviation, said he had “some informal information” on the preliminary results.

“I can’t really share it, but I think the net result will be to reaffirm the grave credibility crisis in the FAA and Boeing,” Blumenthal said.

Senators of both parties pressed acting FAA Administrator Dan Elwell last week on how his agency approved the 737 MAX, which first entered service in 2017 and has racked up two deadly crashes within five months. The accidents have also heightened questions about the FAA’s handling of a congressionally mandated certification system in which manufacturers like Boeing handle much of the testing and evaluation of their own equipment, with the agency’s supervision.

With all the concerns raised about the MAX, “a top-to-bottom reexamination and possible recertification” could be needed, said Jim Hall, a former chairman of the National Transportation Safety Board.

Still, some members of Congress have sent mixed signals about whether their main concern is the safety of Boeing’s plane or the competence of foreign airlines’ pilots. That’s been a source of friction for Ethiopian Airlines, the flag carrier for Ethiopia and a success story for the nation.

Reports this week from The Wall Street Journal and The Seattle Times cast doubt on one of the main defenses deployed by Boeing and the FAA — that the pilots in the Ethiopian Airlines crash, and an earlier crash in Indonesia, should have been able to pull the MAX out of its fatal dive by following standard protocols every licensed pilot should know.

In fact, the Ethiopian pilots tried to follow the procedures that Boeing and the FAA had outlined for such an emergency, the Journal reported, citing people briefed on the findings. Recent flight simulations have indicated that the pilots on the Indonesian jet may have had just 40 seconds to figure out what was wrong before their plane plunged into the sea, The New York Times reported last week.

Much of the initial scrutiny for both crashes has focused on an automated software system that was designed to automatically push the plane’s nose down if it appeared to be climbing too steeply.

But the Journal and Seattle Times stories indicate that the 737 MAX may have other shortcomings. They said evidence suggests that the pilots were unable to pull the plane up even after cutting off power to the automated system and attempting to turn a manual crank wheel, as training dictates. After that failed, the pilots then apparently reactivated the automated system, the newspapers said.

Rep. Sam Graves (R-Mo.), the top Republican on the House Transportation Committee and a pilot with a commercial-grade license, said that points to a problem with the pilots’ response.

“The last thing you do is reengage the damn thing. You just don’t do that,” Graves said. “The only scenario I would ever see that they would possibly switch back is because they don’t know how to fly the damn airplane.”

Graves continued to question the pilots’ training, in particular asking how the 29-year-old captain of the Ethiopian plane could have had 8,000 flight hours.

“We got guys retiring at 65 with 25,000 hours. He was either Hercules or he was pencil-whipping his logbook,” Graves said. “I question that every bit as much as I question Ethiopian Airlines putting a co-pilot in there with 200 hours. Doesn’t make any sense whatsoever.”

House Transportation Chairman Peter DeFazio (D-Ore.) said he was reserving final judgment until he sees official reports, but he that he continues to have “a series of questions” about the plane and how FAA certified it.

“It would be one hell of a pilot” who could respond to an unanticipated emergency in just 40 seconds, DeFazio said, noting the recent media coverage. “Yeah, there are pilots who can do it, but there are probably a lot who can’t.”

He also re-upped his call for the FAA to have an independent party review Boeing’s upcoming fixes to the anti-stall system, though he said it would be up to the FAA’s discretion.

“I think it would be prudent,” he said. “It might take a little longer, but it would give the extra level of assurance that Boeing would need to be able to get out from underneath this cloud and begin delivering the planes again.”