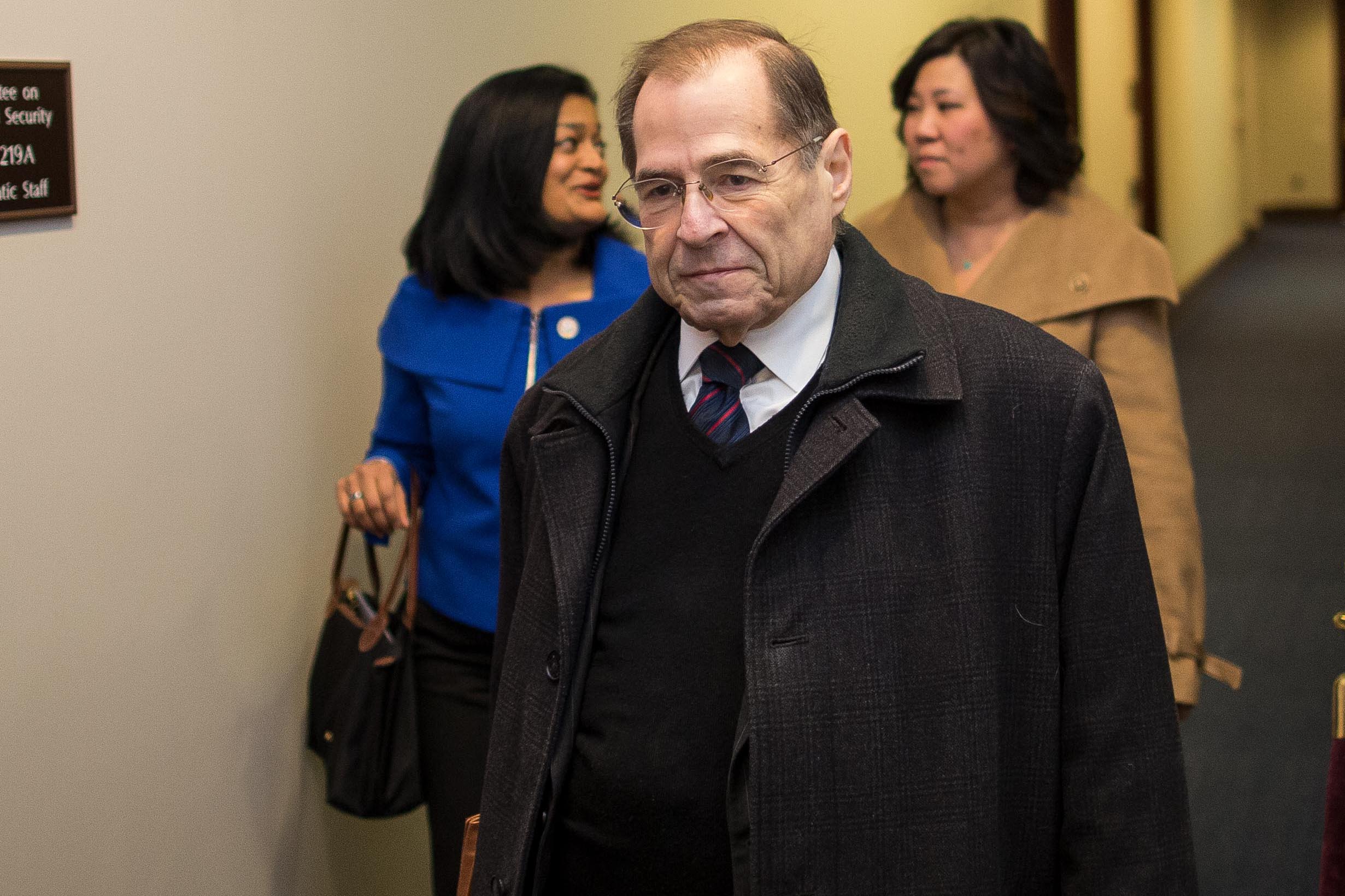 The House Judiciary Committee on Wednesday has authorized Chairman Jerry Nadler to issue a subpoena for special counsel Robert Mueller’s full report and all of the underlying evidence Mueller collected.

The vote gives Nadler the discretion to issue a subpoena at any time to Attorney General William Barr, a move that likely would launch a legal confrontation between Congress and the Justice Department.

But Nadler indicated that he won’t issue the subpoena right away. Rather, he said he intends to give Barr "time to change his mind" about redacting the report before submitting it to Congress.

The authorization for subpoenas puts Congress on an aggressive footing while Barr reviews Mueller’s report and redacts several categories of information. Barr has indicated he intends to redact classified information, grand jury testimony, material relevant to ongoing investigations and "reputational" information that could be harmful to "peripheral third parties."

Democrats have argued that Congress should have access to all of that information even if it is blacked out of the version of the report Barr makes public. They note that Republicans received material in all four of these categories when they demanded documents from the Justice Department over the last two years.

In a recent letter to lawmakers, Barr said he intends to provide the redacted version of the report to Congress by "mid-April" or sooner. He also offered to testify before Congress in early May. House Democrats have rejected this offer as insufficient and demanded him to testify immediately.

Republicans on the Judiciary Committee ripped the subpoena effort as a partisan push to attack the president. Rep. Doug Collins (R-Ga.), the ranking Republican on the panel, said Democrats are asking Barr to violate laws and regulations to include unredacted information.

"As much as the chairman and I may want to view this material … we cannot," Collins said. "In the face of laws and rules he finds inconvenient the chairman asks our nation’s top law enforcement officer to break the rules and the law."

Collins also suggested that some of the Trump aides Democrats authorized subpoenas for indicated willingness to cooperate. He called the effort "political theater" intended to get reporters to write about subpoenas for close aides to the president.

Nadler repeatedly invoked the investigation of President Bill Clinton by former independent counsel Kenneth Starr as an example of why Mueller’s report should be released. Though Nadler was a harsh critic of Starr at the time, he emphasized Wednesday that Starr provided Congress voluminous material that Barr now proposes to redact.

Some Republicans urged Nadler to go to court and ask that a judge lift the restriction on sharing grand jury material. Nadler indicated he intends to do that but wants the committee should issue a subpoena first.

"These investigations should end. We should move on. We shouldn’t be issuing subpoenas today," said Rep. John Ratcliffe (R-Texas). But Ratcliffe said if the committee intends to issue subpoenas, "Let’s issue one for Bob Mueller. Let Bob Mueller come and let’s ask Bob Mueller whether he thinks the report that he created should be disclosed without considerations of classified national security information or without redactions for grand jury information."

Republicans repeatedly indicated that Mueller’s report found no evidence of collusion between the Trump campaign and Russia and made no conclusion on obstruction of justice, prompting sharp rejoinders from Democrats who noted none of them had seen the report yet.

“Why are we here? It seems to me we’re here because the Mueller report wasn’t what the Democrat thought it would be,” wondered Rep. Jim Jordan (R-Ohio).