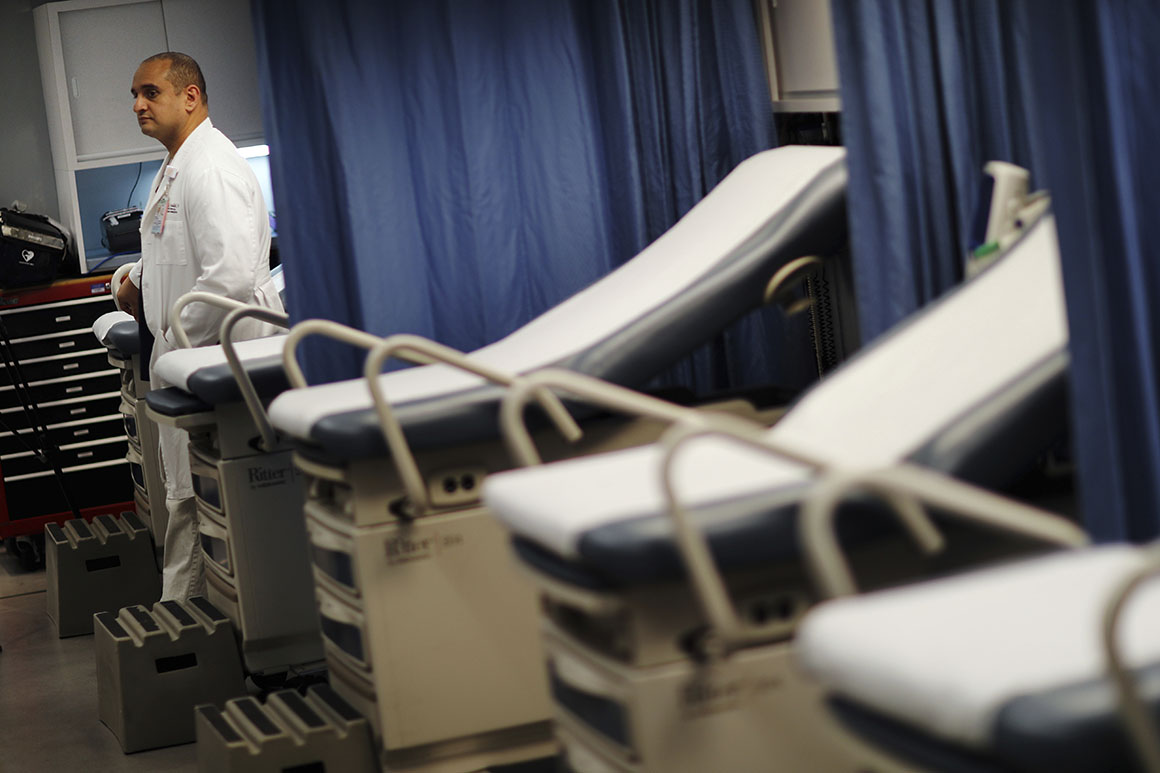 The House on Wednesday overwhelmingly voted to condemn the Trump administration for backing a lawsuit seeking to throw out all of Obamacare, with eight Republicans joining a near-unanimous Democratic caucus.

The non-binding resolution is one of is one of several steps Democrats are taking to try to link vulnerable Republicans with the administration’s controversial legal strategy while touting their own work to shore up the law. The last time the GOP tried to get rid of Obamacare, it cost them control of the House and several state capitols, and Democrats are working to keep the spotlight on the issue going into the 2020 election cycle.

The 240-186 vote came one week after the Justice Department abandoned a narrower legal strategy and backed scrapping the entire law in the case brought by 20 GOP attorneys general that’s now at the Fifth Circuit Court of Appeals. The administration had argued last year that only Obamacare’s popular consumer protections, including a ban on discriminating against people with preexisting conditions, should be struck down.

"Instead of working with Congress to pass meaningful health care reform that tackles rising costs and prescription drug prices, the Trump administration is turning its back on those who need it most," said Rep. T.J. Cox (D-Calif.).

President Donald Trump last week promised a new GOP plan to replace the ACA. But after Republican lawmakers strongly pushed back at the prospect of making another election a referendum on repealing Obamacare, Trump announced on Tuesday that his administration will punt on any further action until after 2020.

Top Republicans on the congressional committees that set health care policy have indicated they are moving on to less divisive issues.

“I’m focused on reducing health care costs and working in a bipartisan cost to reduce prescription drug [costs], deal with surprise medical bills that show up in emergency rooms and a whole variety of other things,” said Senate HELP Chairman Lamar Alexander (R-Tenn.). “I think we can do that together with the Democrats.”

Some Republicans acknowledge, however, that they won’t be able to avoid addressing Obamacare as the lawsuit makes its way through the courts.

“It leaves a vulnerability here for patients,” said Rep. Greg Walden (R-Ore.), who led House efforts in 2017 to get rid of the law. “How do we make sure there’s no gap in coverage? We need to make sure patients are covered and cared for, and I haven’t seen an alternative come forward that would do that from the administration.”

Still, the vast majority of Republicans, including Walden, voted against the resolution at the urging of the White House and House GOP leadership, sources told POLITICO.

“Republicans see this political resolution for what it is and oppose it,” said a senior Republican aide, who criticized Democrats for “putting up show votes on meaningless senses of the House that have no actual impact.”

Democrats plan to continue highlighting the contrasts between the parties, by teeing up votes in the coming weeks on a series of bills that would make Obamacare’s subsidies more generous and restoring ACA outreach and enrollment funding that was cut by the administration.

Adam Cancryn and Laura Barrón-López contributed to this report.