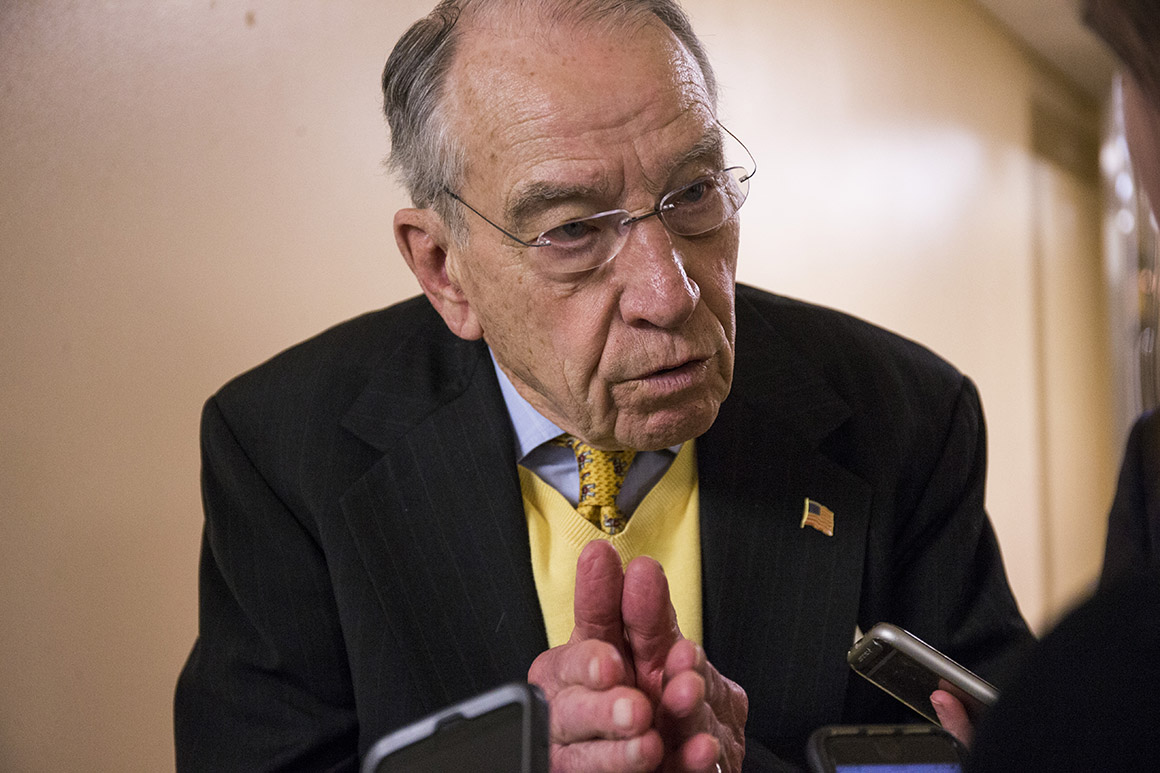 Count Chuck Grassley as among those displeased by President Donald Trump’s attacks on wind energy.

The longtime Iowa GOP senator told Iowa reporters on Wednesday afternoon that Trump’s comments implying turbines cause cancer was "idiotic." Then he explained to Capitol Hill reporters that the president needs to stop railing against wind power.

"Pretty simple. I wish his staff would tell him I’m the father and now the grandfather of wind energy tax credits. I don’t think he knows it, or I don’t think he’d make those comments that aren’t quite appropriate," Grassley said.

He said Trump’s cancer comments were probably "tongue in cheek" and chalked up his divide with the president on generational differences and that Grassley was more experienced with the energy crisis of the 1970s.

Trump said at a fundraiser on Tuesday night that "if you have a windmill anywhere near your house, congratulations. Your house just went down 75 percent in value. He added: "They say the noise causes cancer. You tell me that one, okay?"

The conservative Grassley said that he has to teach a lot of new politicians about wind energy and Trump is no different. And as far the cancer claim, which has no factual basis, Grassley called it "tongue in cheek."

"I’ve lived through it, he never has, so I’m going to give him some leeway when he criticizes alternative energy. Because I’ve gotta do it with 85 percent of the people that are new since we developed all of this and they think it’s stupid that we have wind and solar and everything else, except for a few progressives," Grassley said. "I’m not a progressive but I’m in favor of alternative energy."