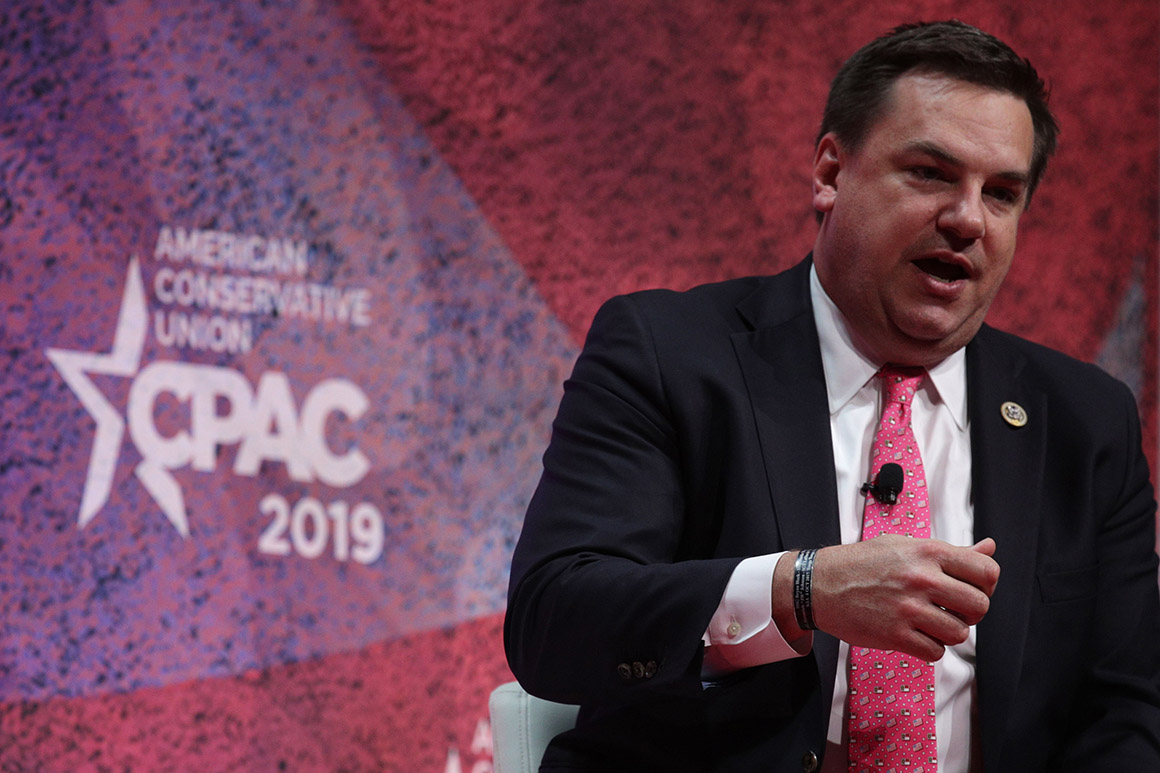 Republican Rep. Richard Hudson is donating the contributions that his political committees received from a recently-indicted businessman in North Carolina, the latest fallout from a federal corruption scandal that has roiled the state’s GOP.

The North Carolina lawmaker plans to give the more than $93,000 he took in from Greg Lindberg to several different local charities benefiting soldiers at Fort Bragg, which is in his district. The GOP lawmaker says he didn’t do anything wrong, but just wants to avoid the appearance of any impropriety.

Lindberg, founder and chairman of Eli Global and the owner of Global Bankers Insurance Group, was indicted Tuesday on charges of public corruption and bribery, along with former Rep. Robin Hayes (R-N.C.) and two associates. They are accused of trying to bribe North Carolina Insurance Commissioner Mike Causey to replace his deputy in order to get more favorable treatment in the state for Lindberg’s company.

The unsealed criminal indictment also alleges that Lindberg, a huge political donor who has made contributions to both parties, donated $150,000 to a committee controlled by “Public Official A”, who POLITICO has identified as Rep. Mark Walker (R-N.C.). Around the same time Lindberg made the contribution to Walker’s committee, which had been created four days earlier, he allegedly asked Walker to help pressure Causey to make the personnel move.

Walker, who was not charged in the probe and denies any wrongdoing, has pointed out that the money Lindberg gave to his joint fundraising committee did not benefit his campaign, but went to the Republican National Committee.

Walker said he hasn’t yet discussed the idea of returning the donations, adding he has been “making sure that people know the true story, despite the inflammatory headlines.”

The Democratic Congressional Campaign Committee, however, added Walker to its "2020 Republican Retirement Watch List and is targeting him on Twitter with a digital ad.

McHenry told POLITICO he already returned the contributions from Lindberg.

Lindberg’s activities also are under investigation in Florida, where in 2017 he went from a political nobody to major GOP donor almost overnight.

By the end of 2018, Lindberg had given more than $600,000 to dozens of Florida politicians, including $350,000 to committees backing Scott’s bid for U.S. Senate and nearly $80,000 to Florida Chief Financial Officer Jimmy Patronis, whose office oversees elements of the Office of Insurance Regulation.

In January, the FBI subpoenaed the Florida Office of Insurance Regulation as part of the grand jury investigation in North Carolina.

John Bresnahan and Lorraine Woellert contributed to this story.