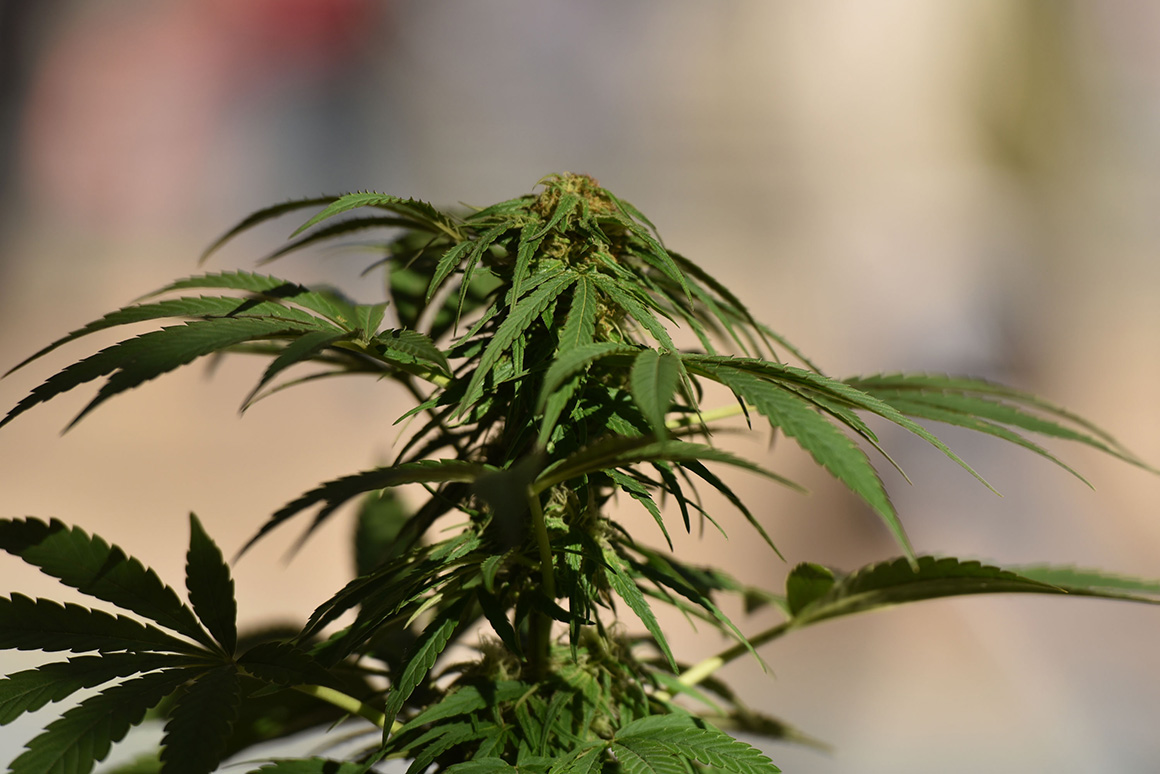 Democratic presidential candidates have come a long way from “I didn’t inhale.”

Washington Gov. Jay Inslee has boasted that his state, one of the first to legalize recreational marijuana use in 2012, has “the best weed in the United States of America.” Sen. Bernie Sanders has been proposing some form of legalization for more than two decades. Sen. Kamala Harris has reminisced about lighting up in college. And Sen. Cory Booker makes overhauling drug laws a linchpin of his stump speeches. Nearly every Democrat in the field has embraced some form of legalization.

The near-universal backing is a stark contrast to recent presidential campaigns, when legalization was a fringe issue that seldom surfaced on the trail or during debates. And while legalizing pot may not rank among the top five issues important to voters, it could prove crucial as Democrats winnow the field.

“In these early stages where you’re at 18 [candidates] and you’re trying to get a little bit of an edge over the rest … maybe this is the differentiator,” said Joe Trippi, a veteran Democratic strategist who’s worked on numerous presidential campaigns.

The change is driven by the rapid spread of legal cannabis markets. Ten states and the District of Columbia have full legalization, and another 23 states permit medicinal uses with permission from a doctor, according to the National Conference of State Legislatures. Even deep-red states like Arkansas and Utah have recently enacted medical marijuana laws. Sales topped $8 billion last year and could hit $80 billion by 2030, according to Cowen Equity Research.

More than half of the declared field earned an “A” rating from cannabis advocacy group NORML, which promotes recreational use, not just medical use.

“I don’t see a path for how a Democrat running for president could win the presidential primary unless they do have a positive cannabis position,” said Neil Levine, CEO of the Cannabis Trade Federation, an industry-backed advocacy group.

Meanwhile, arguably the biggest weed legalization skeptics — former New York Mayor Michael Bloomberg (who earlier this year called it “perhaps the stupidest thing anybody has ever done”) and Ohio Sen. Sherrod Brown (NORML gives him a “C”) — have taken a pass on the 2020 presidential contest. Another outlier, former Vice President Joe Biden, who has a long track record of supporting tough drug laws, hasn’t joined the field.

The issue also is gaining traction in an otherwise largely gridlocked Congress. Last week, the House Financial Services Committee overwhelmingly passed legislation that would let banks provide services to legal marijuana businesses, with 11 Republicans joining all committee Democrats in supporting the bill. Because marijuana remains a controlled substance under federal law, the pot business is now largely cash only.

Congress also used last year’s farm bill to legalize hemp — a non-psychoactive variety of the cannabis plant. And it passed a significant overhaul of criminal justice policies aimed at enhancing opportunities for ex-drug offenders that was strongly backed by the Trump administration.

Marijuana advocates are looking for ways to sustain the momentum, expecting the issue to fade as candidates spend more time on health care, immigration and other high-profile issues.

Don Murphy, the Marijuana Policy Project’s director of federal policies, is having second thoughts about plans to staff a booth at the Iowa State Fair in August while candidates work the crowd, because the field has so enthusiastically embraced legalization.

But Murphy and other advocates are still waiting for candidates to offer fleshed-out platforms, rather than just rhetorical gestures.

“There’s trash talking before the fight — and then there’s the fight,” Murphy said. “I’d be happier with their rhetoric if I saw some real fight in the ring.”

Anti-legalization forces are hoping to use the Democratic candidates’ positions to paint them as out of touch with most of the country and pushing a marginal issue to enable a multi-billion-dollar industry that peddles a product with significant health risks.

“This is a very low priority issue for voters, period,” said Kevin Sabet, CEO of Smart Approaches to Marijuana, which opposes legalization. “The average voter — this is not on the radar.”

But public opinion has steadily shifted in favor of legalization. More than 6 in 10 adults now favor legalization, according to the Pew Research Center — double the level of support at the turn of the century.

The collective embrace of cannabis means that the debate in the Democratic primary is shifting beyond whether legal pot sales should be permitted. Several candidates are already calling for past marijuana-related convictions to be expunged. Inslee has vowed to grant pardons to thousands of Washington residents convicted of misdemeanor marijuana offenses prior to the state’s pioneering embrace of legalization.

Some candidates are also bringing a social justice component to the discussion, proposing that communities hit hard by past marijuana possession convictions — particularly among minorities — reap the benefits from newly legalized markets. Recent efforts to pass legalization bills in New York and New Jersey hit obstacles in part over concerns they didn’t do enough to address past harms.

Booker has been among the most ardent champions of legalization, sponsoring the Marijuana Justice Act, which would not only eliminate criminal penalties nationwide for possessing or consuming pot but also wipe out past criminal convictions and take steps to redress the disproportionate arrests of minorities during the decades-long War on Drugs. First-time offenders convicted of misdemeanor pot possession can face up to a year in prison and a fine of $1,000.

“We have a lot of injustice in our criminal justice system being borne by the poor, disproportionately minorities,” Booker said during a town hall meeting hosted by CNN last week. “If I am your president, I’m going to fight to have sane drug laws.”

Four of Booker’s Senate colleagues — Sanders, Harris, Elizabeth Warren and Kirsten Gillibrand — who are running for president are co-sponsors of the Marijuana Justice Act. The one exception: Minnesota Sen. Amy Klobuchar, who has sponsored legislation that would allow states to make their own choices about legalization without fear of federal punishment.

It’s still unclear how much all the positioning will influence voters. Political observers say likely voters are influenced more by bread-and-butter issues like health care and tax policy.

But Trippi pointed out that in a wide-open primary field, even a few percentage points could make the crucial difference in whether a candidate finishes a respectable second or a distant eighth in early voting states. The issue could have particular resonance with young voters: 3 out of 4 millennials support legalization, according to the Pew Research Center.

“Cannabis is a real thing now,” said Carl Olsen, a Democratic activist in Des Moines, Iowa, noting that even President Donald Trump has suggested he’s open to some form of legalization. “The whole thing shifts now into not whether we do it, but how we do it.”