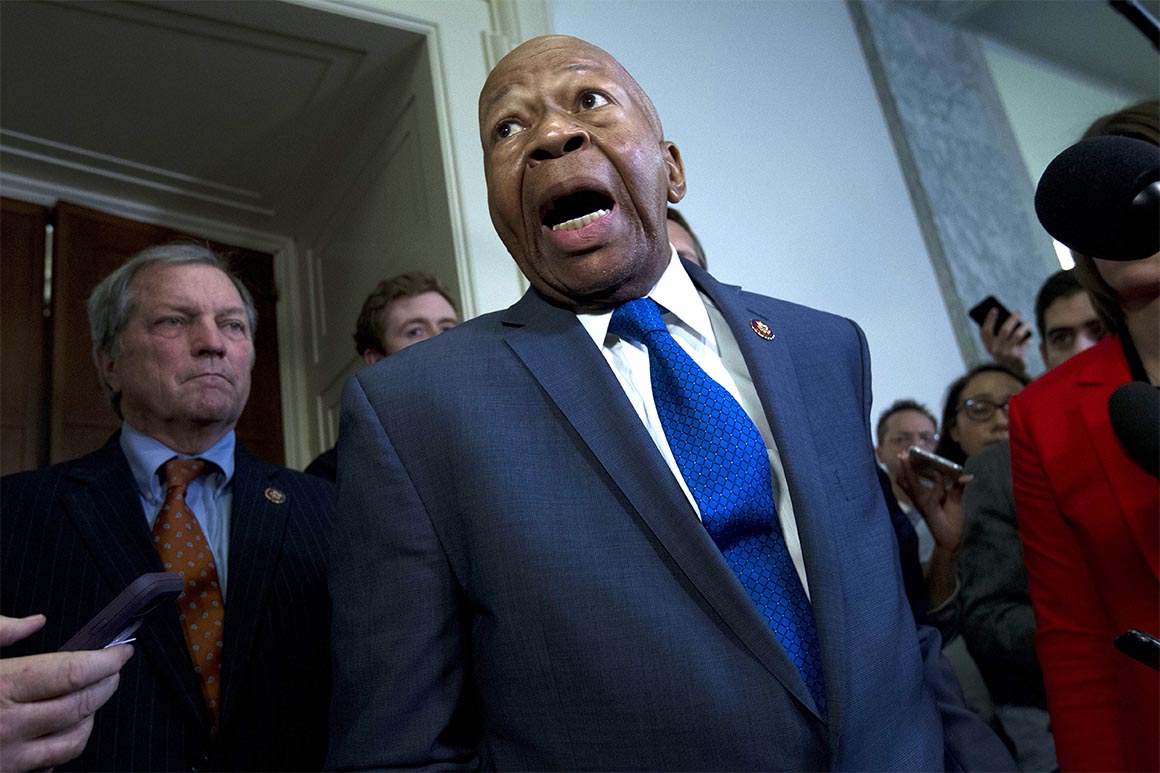 House Oversight Chairman Elijah Cummings has demanded a briefing from the Secret Service about security at Mar-a-Lago, President Donald Trump’s exclusive resort, following the arrest this weekend of a Chinese woman who gained access to the club.

The woman, Yujing Zhang, was carrying two passports, multiple cellphones and a thumb drive loaded with malicious software when she was detained, according to a complaint filed in the Southern District of Florida.

The court filing said Zhang was trying to gain entry to an event advertised on Chinese-language social media by Li "Cindy" Yang, a Florida massage parlor owner and Trump donor who offered clients access to the president and his family. Yang’s interactions with Trump came to light after a massage parlor she founded was tied to a prostitution and sex-trafficking operation. Democrats recently asked for an FBI criminal and counterintelligence investigation into Yang’s interactions with Trump.

Cummings said he wants to know how the Secret Service is protecting Trump and the first family when they’re at Mar-a-Lago, and who is gaining access to the president.

“I think we want to find out more about exactly what kind of security they have down there in Florida,” Cummings said, referring to Mar-a-Lago, an exclusive, members-only club that Trump owns. The president often travels there on weekends.

"A few years ago, we had a whole series of events with the Secret Service, and I thought we had corrected them," Cummings said. "I need now to get a new status report to see what is going on."

Ohio Rep. Jim Jordan, the ranking member of the committee, will also be attending the briefing, Cummings said.

Over in the Senate, three senior Democrats also wrote the FBI about the incident, urging the bureau to address any security shortcomings the arrest had exposed.

"The apparent ease with which Ms. Zhang gained access to the facility during the President’s weekend visit raises concerns about the system for screening visitors, including the reliance on determinations made by Mar-a-Lago employees," wrote the trio, which included Senate Minority Leader Chuck Schumer (N.Y.), Senate Intelligence ranking member Mark Warner (Va.) and California Sen. Dianne Feinstein, the Judiciary panel’s top Democrat.

The Secret Service screens visitors to Mar-a-Lago but does not control who enters the facility, the agency noted in describing the circumstances surrounding Zhang’s arrest.

The White House has not yet commented on the matter and did not provide an immediate response to Cummings’ remarks.

But Cummings’ comments mark the first indication that the Oversight Committee is interested in sticking its nose under the tent of one of the president’s private clubs.

In February 2017, for example, members snapped cellphone photographs of Trump and Japanese prime minister Shinzo Abe dining on the club’s private patio and sat at close range as the president took phone calls and received a briefing on a North Korean missile launch.

Two months later, the president and senior administration officials huddled in a private room there and Trump authorized a retaliatory missile strike against Syria.

Trump has also hosted foreign leaders at the beach-side club ,including Abe and Chinese president Xi Jinping, who was on hand when the president signed off on the Syria strikes. A second meeting between Trump and Xi may take place at Mar-a-Lago later this month to finalize a trade deal between the two nations.