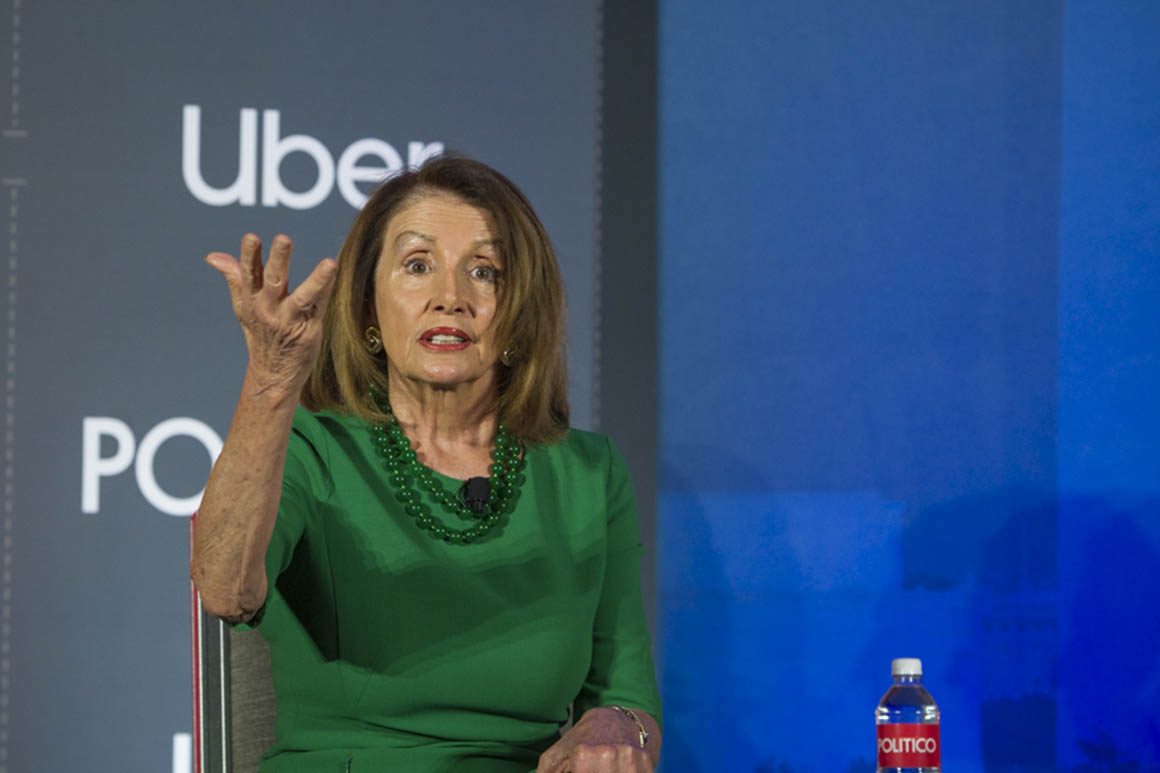 In an interview with POLITICO Playbook, the California Democrat explained that Mexico must pass labor law reforms required under the replacement deal for NAFTA — and she wants to see the implementation before the House considers backing the new deal, a top Trump administration legislative priority.

“Unless you do this, we can’t even consider it. … We have to see that [Mexico passes] the legislation, that they have the factors in place that will make sure it’s implemented and they demonstrate some commitments in sincerity, because it’s a big issue how workers are treated in Mexico,” she said.

Pelosi’s comments are her clearest indication yet the deal will not face a quick vote in Congress, despite the Trump administration’s desire to get it passed by summer. In recent months, the administration has been increasing its efforts to get the U.S.-Mexico-Canada Agreement passed ahead of the 2020 elections.

Some House Democrats have already expressed a desire to reopen the agreement to make changes tied to enforceability of its labor and environmental standards. Democrats also have expressed concern about provisions they say could lock in high prescription drug prices.

Pelosi signaled that she agrees changes must be made to the text of USMCA to ensure it is enforceable.

Pelosi began to say that she is optimistic before saying, “it’ll take some time.”

“We have to see the evidence of what’s happening, not only that they pass the bill [in Mexico], but that they implement the policy,” she said.

The administration of Mexico’s new populist leader, President Andrés Manuel López Obrador, has indicated it plans to pass the necessary legislation before its Congress goes on recess at the end of April. Still, some lawmakers and U.S. labor leaders are concerned that Mexico will pass a labor law that falls short of its commitments in the new deal.