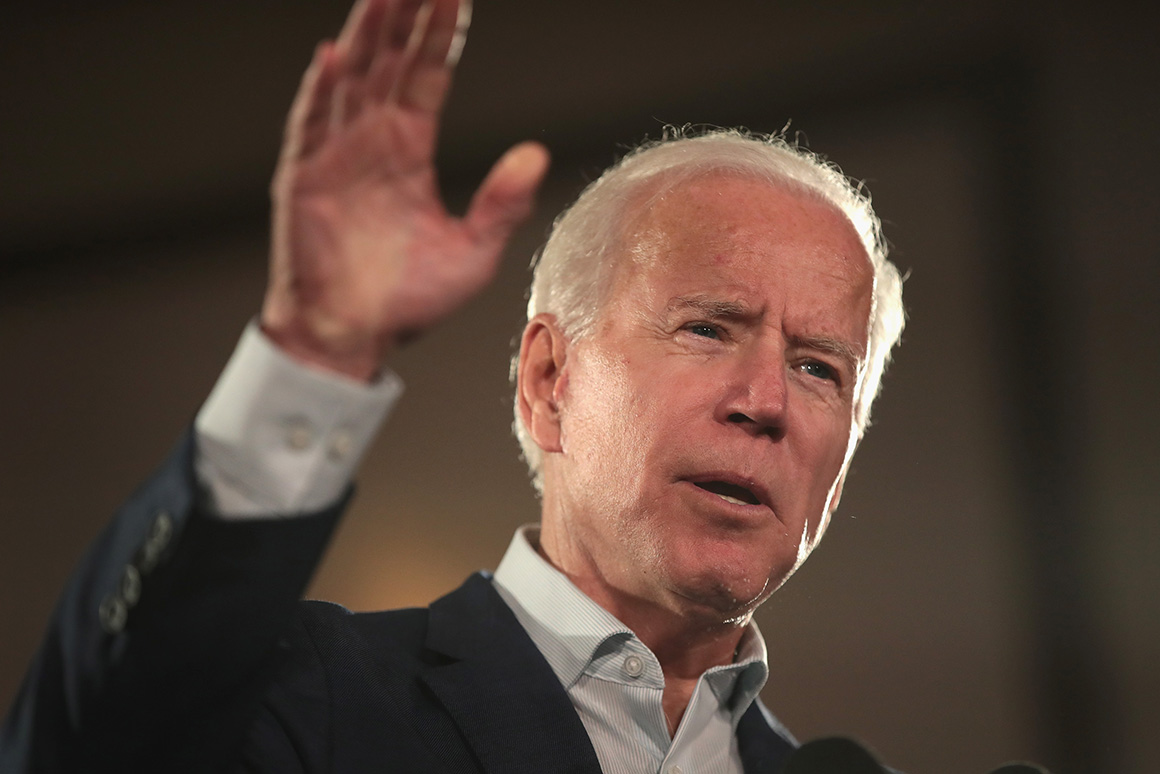 The controversy surrounding Joe Biden’s past physical behavior with women seemed to have stopped metastasizing after a team of Democratic defenders fanned out in his defense, seeking to knock down the notion that his tendency to be touchy with women was anything more than innocent affection.

But then came two more names late Tuesday alleging that the former vice president’s overly familiar touching made them uncomfortable, further muddying Biden’s predicament as he considers a third presidential run in 2020.

The new accusations, first reported by the New York Times, came just as Biden’s backers felt a measure of relief after four days of debate surrounding the propriety of Biden’s style of interacting with women.

Prominent female voices including former Biden staffers, former Obama White House adviser Valerie Jarrett, actress-turned-activist Alyssa Milano and House Speaker Nancy Pelosi publicly voiced their support during the day, providing a degree of encouragement to Biden backers, supporters and possible staff hires who have watched with dread as his team struggled with the accusations of the first two women who said he made them feel uncomfortable in unrelated instances.

The defense of Biden spanned the party, leveraging years of goodwill accumulated by the vice president.

“Joe took both of my hands in his and looked me in the eye for a long while before he spoke. He said simply, ‘I know, I know.’ For a brief moment we were two souls joined by a loss that changed our lives. After that, Joe would often pause to ask how I was getting along,” former Missouri Sen. Jean Carnahan wrote on Tuesday, relating how Biden comforted her after the loss of her husband and son in a 2000 plane crash.

“He reaches out through the human touch to connect and express those feelings,” she continued before quoting Mother Teresa: “People have forgotten what the human touch is, what it is to smile, for somebody to recognize them, somebody to wish them well.”

Still, even the support came with warnings to learn from the experience. Pelosi gave a bit of advice to avoid being too touchy-feely.

“Join the straight-arm club,” Pelosi said at a POLITICO Playbook breakfast event Tuesday, adding that he needs to keep his distance. “Just pretend you have a cold and I have a cold.”

Biden’s team began its aggressive pushback Monday, calling attempts to cast him as “creepy” part of a “cottage industry of lies.”

As part of that effort — more organic than organized due to his skeleton staff — the Biden camp exploited its long and deep ties to influential media figures and political players in Washington.

“They are putting out the bat signal and trying to solicit as many personal testimonials as possible … trying to encourage people to share their own stories,” said a Democrat with knowledge of the team’s strategy.

That approach was a recognition of the need to stanch the bleeding, but also of a belief that rival campaigns were behind the first salvo fired at Biden on Friday by Lucy Flores, a former Nevada assemblywoman and 2014 lieutenant governor candidate who described Biden’s unwanted advances. Flores said Democrats needed to have a discussion about his behavior, especially in light of the #MeToo era of politics.

“They think this is part of a concerted effort to spook him out,” the operative said.

While the former vice president’s team was aware his physical style would become an issue as he geared up for a likely presidential bid later this month — Biden himself seemed to preemptively address the issue recently by referring to himself as a “tactile politician” — few expected the issue to take off because the contact wasn’t sexual in nature.

As recently as Tuesday afternoon, Biden’s allies were insisting the rough scrutiny was not a dealbreaker in his decision-making and that the former vice president remained on track to announce a 2020 decision this month.

“I don’t think this has thrown him off course,” said a person close to the Biden camp. “I think he is dealing with the hits his team thought would come.”

Yet even as they express confidence Biden can weather this storm, some allies worry that the fallout is exposing other potential weaknesses in his prospective candidacy.

“They just didn’t seem prepared and they knew this was coming,” said the Democratic operative. “But maybe that’s what happens when your whole team is a bunch of white guys with the exception of a lone white woman.”

By Tuesday evening, the controversy made President Donald Trump’s radar — he seized on Biden’s troubles, appearing to allude to speculation that Sanders supporters were responsible for the recent stories.

"He’s being taken care of pretty well by the socialists. They got to him," Trump said in his remarks to the National Republican Congressional Committee annual spring dinner. "Our former vice president…I was going to say welcome to the world, Joe. You having a good time, Joe?"