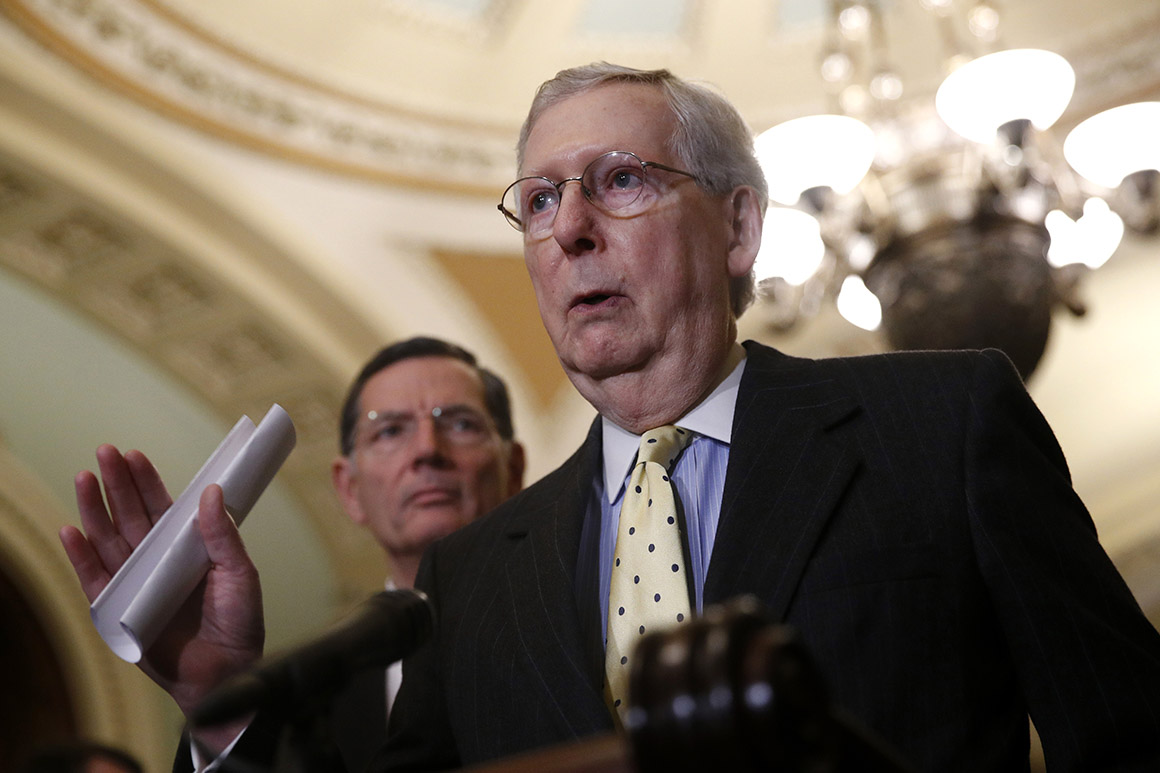 Senate Majority Leader Mitch McConnell, in a rebuke to President Donald Trump, said on Tuesday that closing the border between the United States and Mexico would potentially be “catastrophic.”

Trump first threatened on Twitter on Friday to close the southern border if Mexico did not do more prevent undocumented immigrants from coming to the United States. He reiterated on Tuesday that if Mexico or Congress didn’t do more to address the issue, he would shut it down. Trump acknowledged on Tuesday that closing the border would have negative economic consequences — particularly when in terms of trade with Mexico — but he said security took precedence.

McConnell said on Tuesday that while he agreed with Trump that there is a crisis at the border, shutting down the border was not the answer.

“Closing down the border would have potentially catastrophic economic impact on our country, and I would hope we would not be doing that,” McConnell said.

Senate Minority Leader Chuck Schumer (D-N.Y) agreed that closing down the border could have serious economic consequences but predicted that Trump would not follow through on his threat.