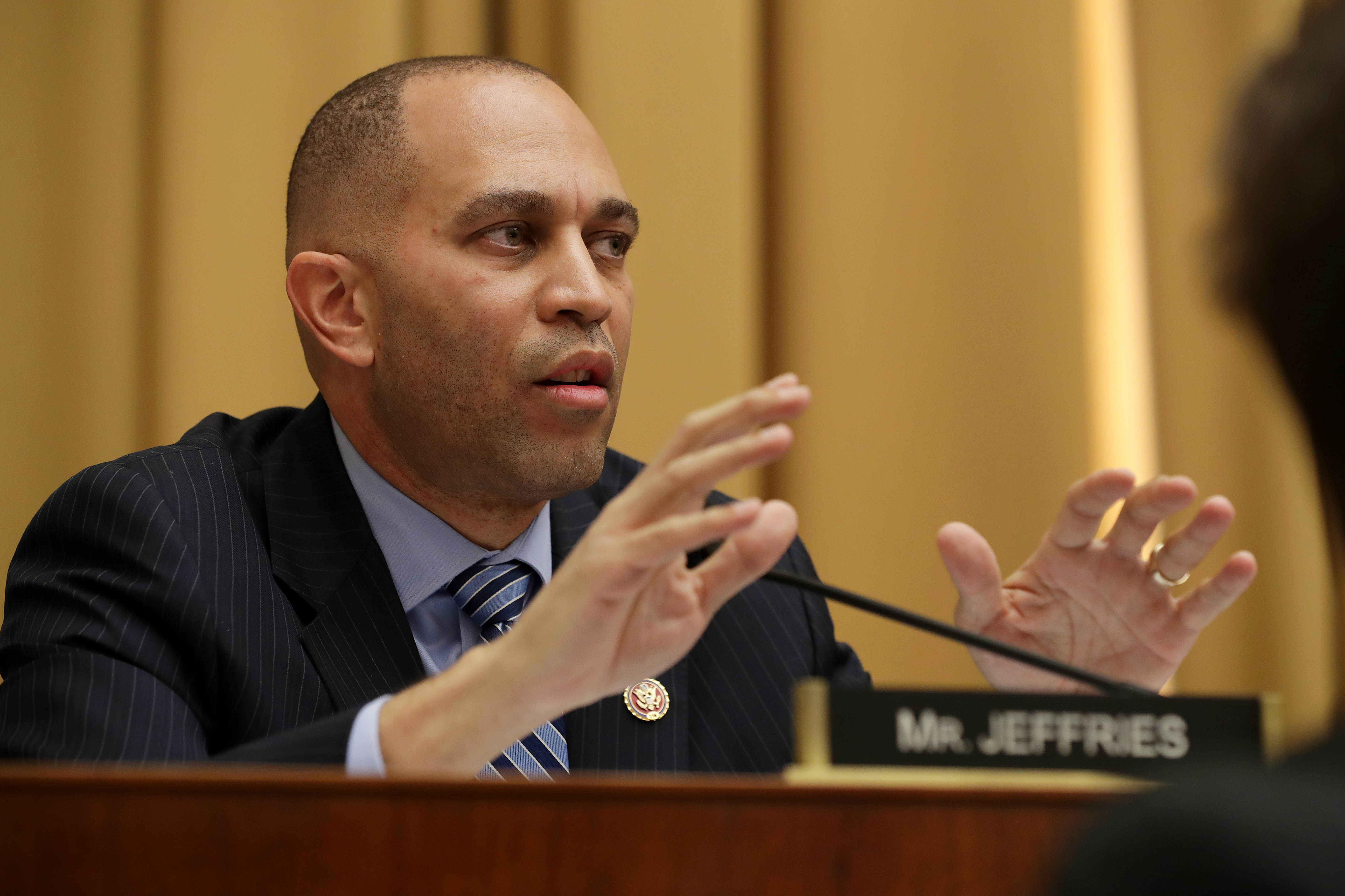 After their first months in the majority dominated by partisan battles over the border and Russia, House Democrats will use their annual retreat next week to refocus on areas where they could potentially score huge bipartisan wins in a divided Congress.

House Democratic Caucus Chairman Hakeem Jeffries (D-N.Y.), who will lead the annual conference in Leesburg, Va., from April 10-12, unveiled the agenda during a closed-door meeting Tuesday. Federal Reserve Chairman Jerome Powell — a frequent target of President Donald Trump — will address lawmakers during the retreat in addition to the leaders of several major labor unions.

Singer John Legend and his wife, best-selling author and Twitter aficionado Chrissy Teigen, will also address the group of 235 Democrats, although Legend isn’t expected to perform, according to a source familiar with planning. Comedian Jordan Klepper is slated to perform at the conference.

“Thanks to tremendous leadership of our Speaker, we’ll be hearing from John legend and Chrissy Teigen,” Jeffries said in the meeting Tuesday. “As I said on January 3rd, it’s good to be down with NDP.”

The theme of this year’s retreat – “100 Days In: Fighting For The People” – will highlight what Democrats have already accomplished in their first three months in power, including progressive priorities like passing bills addressing background checks for gun purchases, voting and elections reforms and pay equity.

The bills House Democrats have passed or introduced so far this Congress – including legislation to stabilize Obamacare and address climate change – aren’t expected to go anywhere in the Republican-controlled Senate. But Democrats will also use the three-day huddle to focus on areas where they could see bipartisan compromise with Republicans, including prescription drug pricing and infrastructure.

The overarching theme of the retreat will focus on the economy, a far cry from what has dominated Capitol Hill this year – a lengthy showdown over funding Trump’s border wall and the conclusion of special counsel Robert Mueller’s Russia probe. In contrast, House Democrats largely ran on an economic agenda – promising to improve health care, address corruption in Washington and rebuild U.S. infrastructure.

“Katherine is hosting an informative session on who are the people and that will kick us off,” Jeffries said of Rep. Katherine Clark (D-Mass.), vice-chair of the caucus.

Recode editor Kara Swisher will talk to members about the economy and its shift toward automation. John Yang of Asian Americans Advancing Justice and Fernando Garcia of the Border Network for Human Rights will speak during a session about immigration. And the leaders of major labor unions, including SEIU’s Mary Kay Henry, Lee Saunders of AFSCME and Sara Nelson from Flight Attendants – CWA, will also address members.

Democrats were initially supposed to hold their retreat in mid-February but that had to be rescheduled due to the 35-day government shutdown.