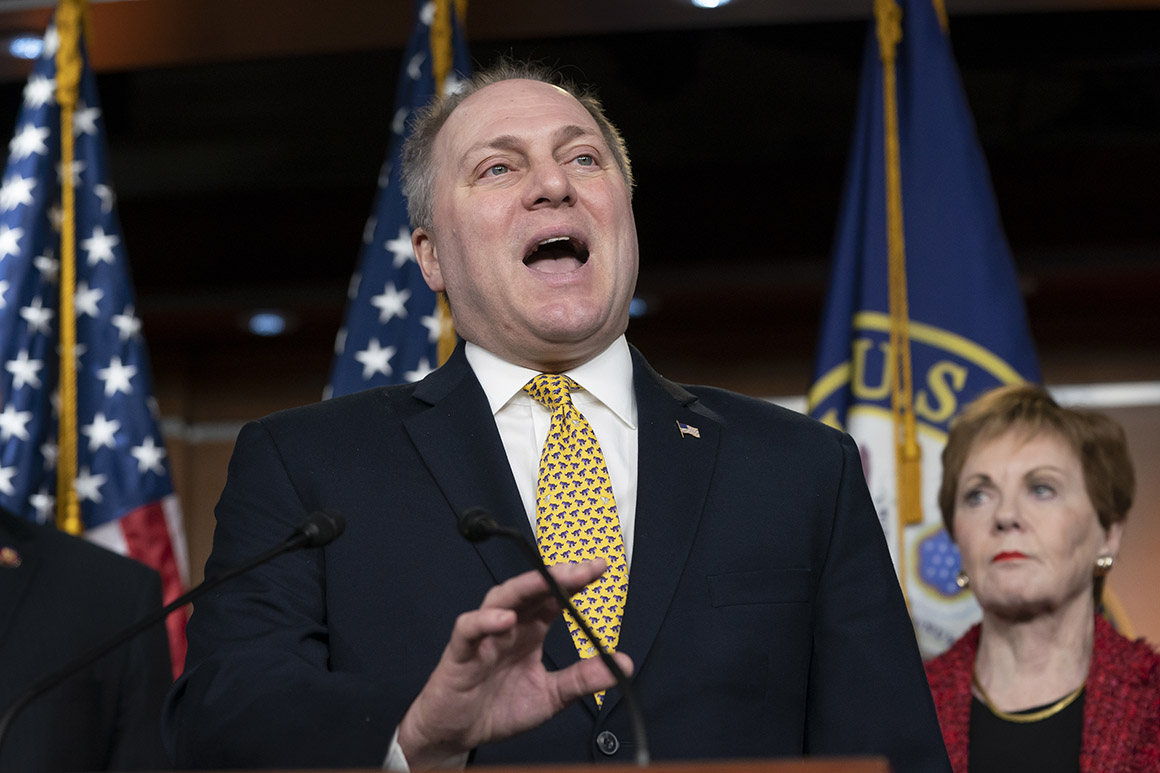 House Republicans on Tuesday launched a long-shot bid to try to force a vote on anti-abortion legislation — an issue they plan to hammer vulnerable Democrats over even if they can’t secure action on the floor.

House Minority Whip Steve Scalise (R-La.), along with Rep. Ann Wagner (R-Mo.), filed a discharge petition to circumvent Democratic leadership and bring the “Born-Alive Abortion Survivors Protection Act” to the floor if it gets 218 signatures. The legislation would require infants who survive attempted abortions to receive medical care.

But the move, like all discharge petitions, has slim odds. Republicans would need 21 Democrats and every single GOP lawmaker to sign the petition for the maneuver to succeed.

The bill has three Democratic cosponsors, but just one — Rep. Dan Lipinski of Illinois — has added his name to the petition. Freshman Rep. Ben McAdams (D-Utah), who is not a cosponsor, also signed on to the petition. By the end of the day, the effort had secured 191 signatures.

Still, the GOP plans to use the petition as a cudgel against Democrats, particularly moderate freshmen in states like Virginia and New York that have passed laws to make it easier to get a third-trimester abortion in certain cases. Republicans say their goal is to expose where every Democrat stands on the issue.

“They have the power themselves to debate this on the floor,” said Minority Leader Kevin McCarthy (R-Calif.) at a press conference on Tuesday. “They can’t hide from anyone. They have to take a position.”

Abortions very late in pregnancy are rare and often performed due to an underlying medical complication of the pregnant woman or fetus. And under Roe v. Wade, states regulate and limit abortions post viability. Abortion rights activists argue the GOP legislation is unnecessary, and believe the measure is nothing more than an effort to chip away at abortion rights.

Democrats say the move will backfire.

“Oh my god. They just will not quit,” said Rep. Jan Schakowsky (D-Ill.) when asked about the GOP’s discharge petition. “I think politically, it’s a really bad move for them, and substantively, it’s a disaster.”

The GOP, however, sees an issue that revs up their base while dividing Democrats. Republicans have seized on controversial remarks made earlier this year by embattled Virginia Gov. Ralph Northam (D-Va.), who was defending a bill in his state that makes it easier to get a third-trimester abortion when the health of the mother is at risk.

Scores of Republican lawmakers fired off tweets on Tuesday with the hashtags #LetUsVote and #EndInfanticide and highlighting the comments from Northam.

In addition to the discharge petition, Republican leaders have also been repeatedly asking for unanimous consent to bring up the “Born Alive” measure on the House floor, an effort that has now been rejected 25 times.

The GOP’s decision to use a discharge petition — a maneuver once criticized by Republican leaders when their rank-and-file members tried to force immigration votes last year — underscores the limited options that members of the minority have at their disposal. The last time a discharge petition was successful was in 2015, when it was used to force a vote to extend the charter of the Export-Import Bank.