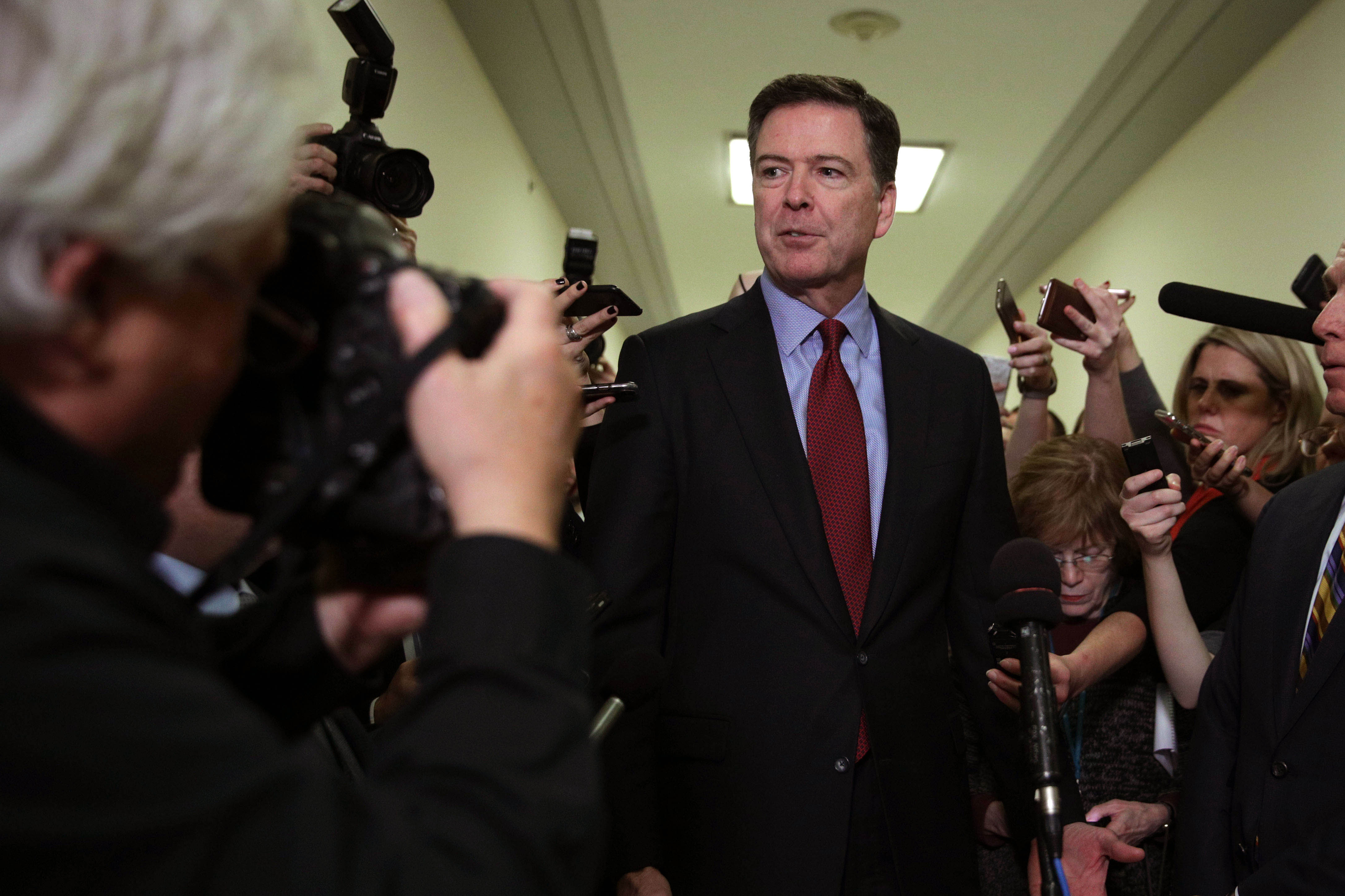 During an interview with CNN’s Christiane Amanpour, Comey was asked about whether he feared possible counterinvestigations.

“I don’t fear it personally. I fear it as a citizen,” he said. “Right? Investigate what? Investigate that investigations were conducted? What would be the crime you’d be investigating? So it’s a terrible cycle to start.”

Several days after Attorney General William Barr released his summary of Mueller’s report, Trump and his team have called for investigations into how the probe began.

“Hopefully, somebody is going to look at the other side,” Trump told reporters late last month. The president’s personal lawyer, Rudy Giuliani, has also made similar statements.

On Tuesday, Trump continued to advocate for an examination of how the FBI and Mueller investigations began.

Barr, in his four-page summary, wrote that Mueller did not find a criminal conspiracy between the Trump campaign and Russia to sway the 2016 presidential election. In addition, Barr wrote that Mueller did not fully exonerate Trump in an obstruction of justice inquiry, but the attorney general added that he did not believe there was enough evidence to bring charges on the matter.

Comey condemned the president’s rhetoric of “calling for the locking up of his political opponents, including people like me.”

“It will just be more of that dangerous step, and would I hope, although he’ll continue to disappoint me, the Republicans would finally stand up and say that kind of thing,” he said.

The former FBI director, however, maintained that he would be willing to answer questions if an investigation were opened.

“Me, personally, ask me questions,” Comey said. “Go ahead. I would like to answer them in the daylight, if I could.”