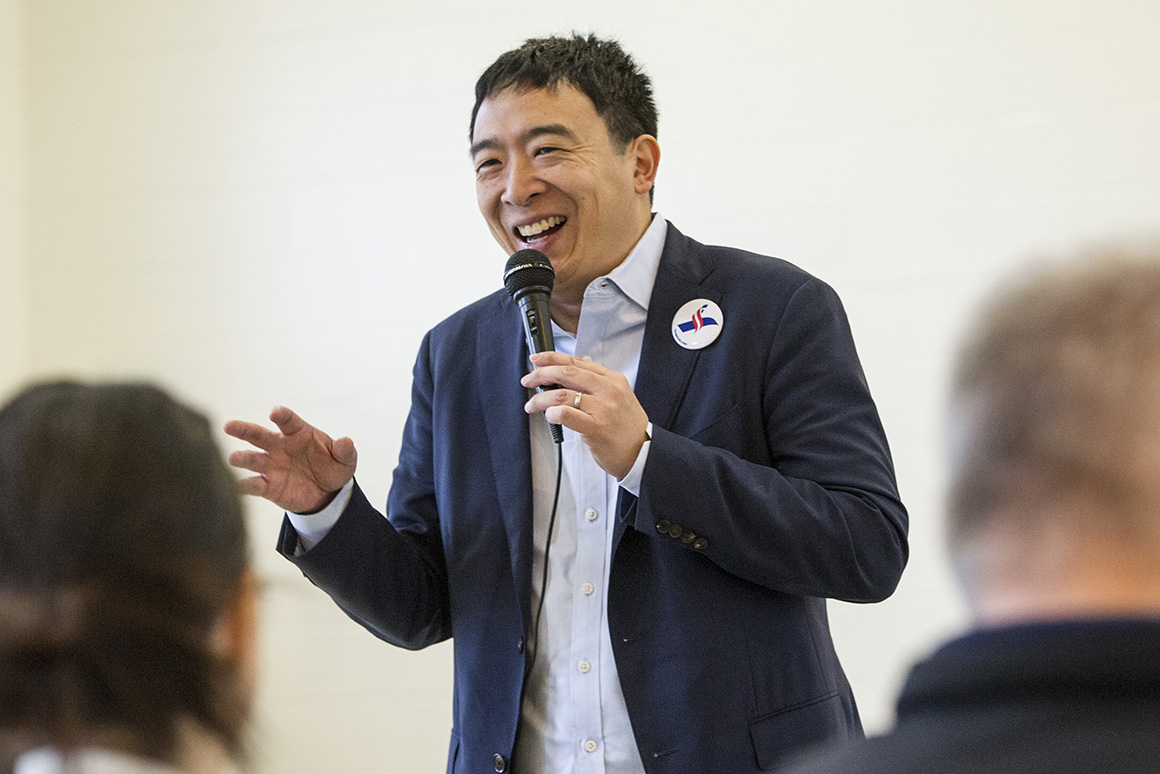 Andrew Yang, a little-known 2020 presidential candidate, said Tuesday that his campaign had raised nearly $2 million from more than 80,000 individual donors — putting him one step closer to the primary debate stage.

Yang’s campaign announced Tuesday afternoon that he brought in a preliminary fundraising haul of $1.7 million from more than 80,000 individual donors in February and March alone. According to the campaign, 99 percent of donations were under $200, with the average donation $17.92.

“Our Q1 fundraising numbers. THANK YOU. This campaign has come so far. We are changing the conversation and we can do so much. There’s a new type of economy on the horizon,” Yang tweeted, along with emojis of a grinning face, an American flag and a thumbs-up.

Yang, an entrepreneur who has become known for his support of giving all American adults a $1,000 monthly government stipend, will also be part of a CNN town hall on April 14, the network announced Monday.

However, it is unclear whether Yang, who has never held public office, will qualify for the 2020 Democratic primary debates.

If he meets all the criteria, Yang will join Al Sharpton and Jesse Jackson, both African-American ministers and civil rights activists, as the only non-elected officials in the past 40 years to make the first Democratic presidential debate.

Yang’s campaign manager, Zach Graumann, in a statement praised the “Yang Gang” — an affectionate nickname for the candidate’s loyal supporters.

“An outsider candidate raising nearly $2 million in two months in entirely small contributions is unheard of,” Graumann said. “Andrew Yang has proven he can build an online fundraising army from scratch — the Yang Gang effect is real.”