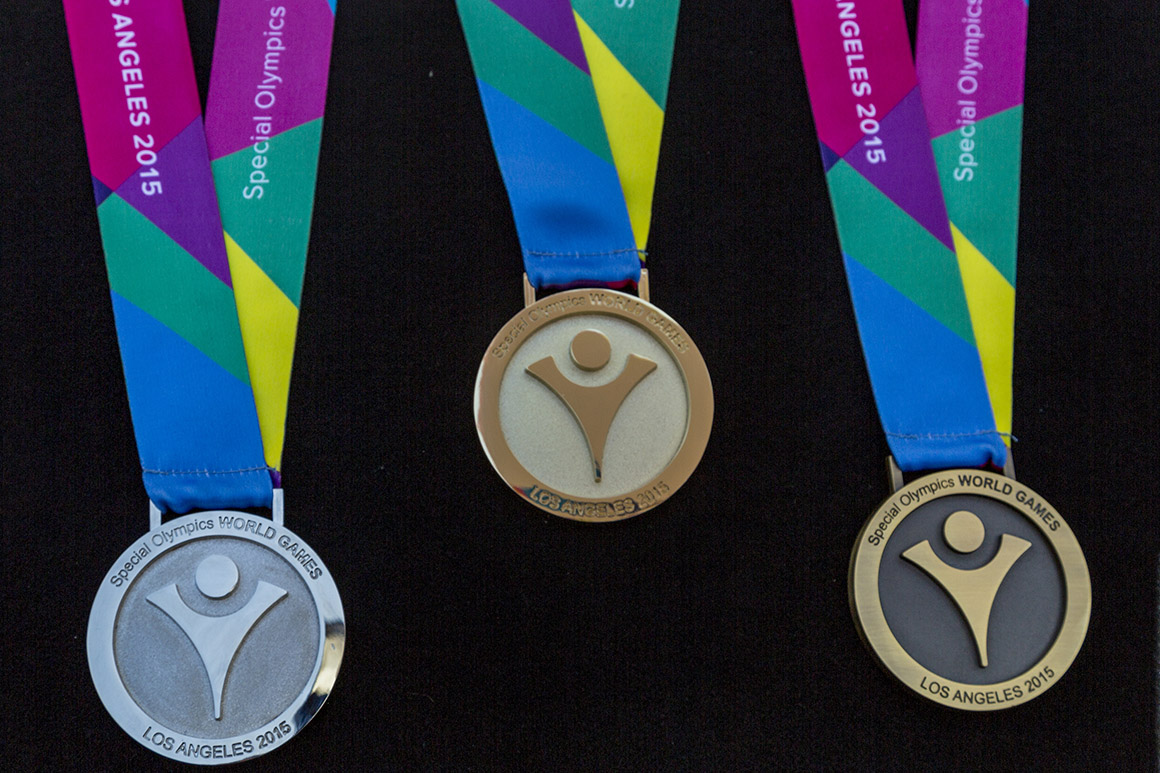 The Trump administration’s now-abandoned plan to eliminate $17.6 million in federal funding for the Special Olympics is looking like a boon for the nonprofit.

Rather than cutting off the Special Olympics from all federal money, lawmakers are weighing a possible increase for the fifth year in a row as high-profile advocates rally behind the organization and its programs in thousands of schools. The social media outcry over the threat to its funding stream is boosting the Special Olympics’ message — and private donations are expected to surge. It also shows the political risk for the Trump administration when it targets an educational program beloved by Democrats and Republicans alike.

“It’s a little bit overwhelming in the best way possible,” said Andrea Cahn, senior director of the organization’s Unified Champion Schools program, through which the federal money is distributed.

"Probably in my 39 years of professional life, I’ve never had more attention than we got last week on anything I’ve ever worked on, honestly," he said.

President Donald Trump last week backpedaled on his proposal to eliminate funding for the program after two days of intense criticism on social media. The uproar followed Education Secretary Betsy DeVos’ defense of the proposed cut in a House hearing amid strong objections from Democrats.

“I have overridden my people,” Trump told reporters, announcing the reversal, without citing which people. All of Trump’s budget requests since he took office have proposed doing away with federal support for Special Olympics, and they’ve all been rejected by Congress. Instead, the funding has risen sharply from $7.6 million in fiscal 2015 to $17.6 million in fiscal 2019. Sen. Roy Blunt (R-Mo.), who heads up the Appropriations panel that funds education, is a Special Olympics champion.

Acting White House chief of Staff Mick Mulvaney on Sunday defended the budget process that led to the decision to cut funding, saying on CNN’s “State of the Union” that “debates take place all the time” and that “when the president realized that the public wanted this money, he made the change.”

DeVos stuck up for the proposed cut before a Senate subcommittee but also pointed out that she didn’t “personally get involved” in the decision to slash funding. After Trump said the funding would be restored, she lauded the decision, saying she had fought for the money “behind the scenes over the last several years.” DeVos last year announced she would donate nearly $50,000, a fourth of her salary, to the Special Olympics.

“His swift response is a lesson for all Americans about what can be achieved when we come together, rise above our partisan concerns and use our voices to champion a cause that unites us all,” they wrote. Tim and Maria Shriver are the children of Eunice Kennedy Shriver, the program’s founder.

Neither the House nor the Senate Appropriations committees have received any formal notifications of a budget revision from the Trump administration following the president’s comments. The Department of Education deferred comments on the next step to the OMB, which did not respond to an email requesting how much in funding the administration would request for the program.

But after Trump’s announcement, Rep. Mark Pocan, (D-Wis.), said in a statement, “Congress was already planning to ignore the administration’s disgraceful budget request, so this is only an attempt to save face.”

Pocan and Rep. Rosa DeLauro (D-Conn.), who chairs the House subcommittee that oversees education spending, have already agreed to try to increase the funding for Special Olympics in appropriations legislation, given "how strong the public support for this program is," Pocan told POLITICO on Friday. That bill is still being written and no specific figures for the Special Olympics were available yet.

“The willingness for all the members of Congress from both sides of the aisle to step up and speak out on our behalf in a time when there doesn’t seem to be a lot of speaking up and taking a stand was also really gratifying,” Cahn said.

The federal funding supports “unified” programs, including children with and without disabilities in the same activities, that are now in 6,500 schools. The organization says it’s on track to reach 7,500 schools by the end of this school year and 8,500 next year.

The money represents a portion of the overall revenue from all sources for the Special Olympics, which reported $124 million in unrestricted revenues, gains and other support for the year ending Dec. 31, 2017, in a financial statement posted on its website.

In response to the attention, Cahn said the organization pushed out positive stories about the program, changing their timeline for release “to take advantage of the attention that we were getting just to get our messaging out there.” Many media outlets picked up on the story and its local impact and the overall importance of Special Olympics programs.

“You can’t do that to these kids,” said Anna Quinn, whose sons are on a Special Olympics New Jersey basketball team, to the Press of Atlantic City. “What kind of person takes away from a special needs kid?”

The Austin American-Statesman’s editorial board opined: “If there is anything that should be considered untouchable, it seems Special Olympics would fall under that heading.”

Since March 26, the normal volume of social media posts referencing Special Olympics had tripled and the organization saw a 200 percent increase in visitors to its website, according to a spokesperson.

Once the data is gathered, Cahn expects to see a boost in donations. That’s good news for an organization with a goal of funding programs in every public and private school in the nation.

“We have at least a hundred thousand more schools to go,” Cahn said. “We’re thinking that, ‘Wow, maybe it’s not going to take as long as we thought to be in every school.’"