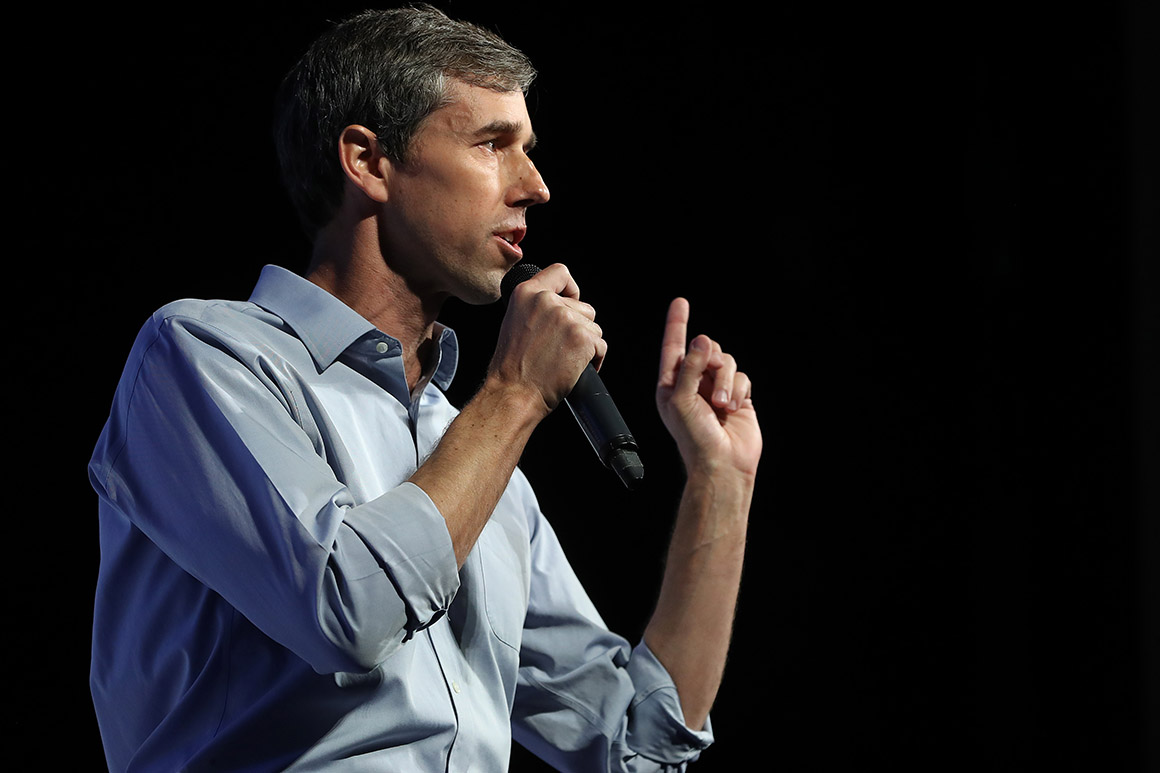 “As a member of Congress, six years in the minority, every major piece of legislation we were a part of came from a town hall meeting just like this,” the former Texas congressman told hundreds of progressive activists and organizers at the We The People summit in Washington, D.C. “That’s why as president I’ll sign an executive order on the first day in office requiring every single Cabinet secretary to hold a town meeting like this every single month.”

O’Rourke committed to tapping a set of Cabinet secretaries who reflect the diversity of America, a contrast to President Donald Trump’s Cabinet, whose leaders are overwhelmingly white and male.

“I also wanna make sure that our Cabinet and the entire executive branch reflects the diversity, the ingenuity, the genius of a country with 330 million people,” he said. “So making sure that that’s reflected in the composition of the Cabinet is absolutely important. And no, we will not have people who have corporate interests serving this country. Those positions of public trust will only be people who have the public interest in those positions of public trust.”

O’Rourke mocked fellow Texan Rick Perry, who heads the Department of Energy. Perry “actually wanted to abolish the agency that he leads — only he couldn’t remember its name when he was on the debate stage a few years back,” O’Rourke quipped, referring to the former governor’s 2012 presidential trail gaffe.

O’Rourke’s campaign said he held more than 350 town halls during his closer-than-expected Senate run against Ted Cruz in 2018. He framed the town hall policy as a decision that gives more power to everyday people, in addition to rejecting PAC money and contributions from lobbyists.

“As I just committed, those Cabinet secretaries of those agencies and departments will be before you, not a handpicked audience, not a theatrical production, but a real, live town hall meeting not just to answer questions but to be held accountable,” he said.