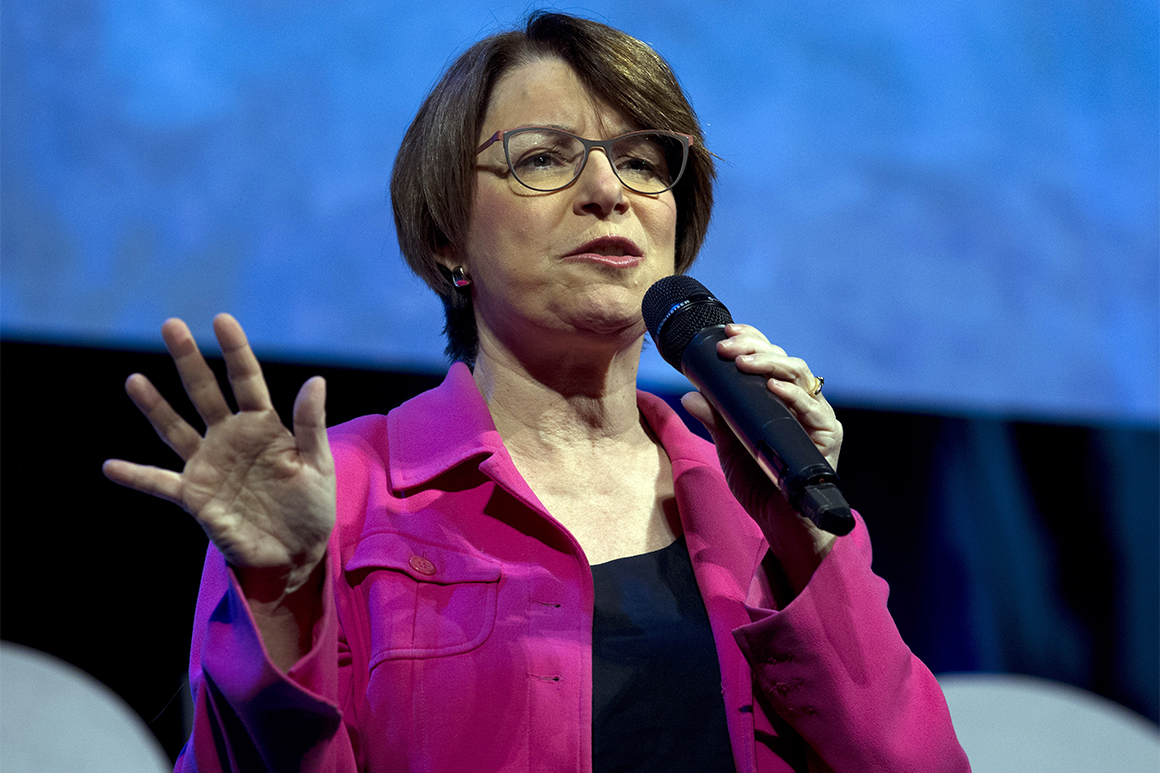 Amy Klobuchar released a dozen years worth of tax returns Monday, joining a handful of other 2020 contenders who are making their financial disclosures public.

The Minnesota Democrat posted her family’s tax returns, from 2017 back to 2006, when she was first elected to the Senate. Klobuchar, on a webpage devoted to her tax documents, said that "transparency and accountability are fundamental to good governance."

In 2017, Klobuchar and her husband, Jonathan Bessler, an attorney and law school professor, earned just under $300,000, and they paid just over $62,000 in federal taxes, the documents show.

Publishing tax returns has risen in significance for Democrats since President Donald Trump refused to release his own tax documents during the 2016 presidential campaign, prompting questions about his financial investments. Massachusetts Sen. Elizabeth Warren, New York Sen. Kirsten Gillibrand and Washington Gov. Jay Inslee have all released their tax returns.

Last week, Gillibrand became the first presidential contender to release this year’s tax filings. The deadline for 2018 tax filings is April 15, so some returns may not have been completed as of yet.

Vermont Sen. Bernie Sanders released one year of tax returns in 2016, but pledged to publish a decade’s worth of returns "soon," after he launched his 2020 bid. So far, he has not released them, nor has he set a deadline to do so.

Based on their tax filings, Klobuchar and her husband saw their income increase over the last decade, from when they earned a combined $215,000 in 2006. That year, when Klobuchar served as Hennepin County’s lead prosecutor, they paid nearly $42,000 in federal taxes.

Klobuchar reported earning an additional $75,000 in 2015, the same year that her memoir, "The Senator Next Door," was released.