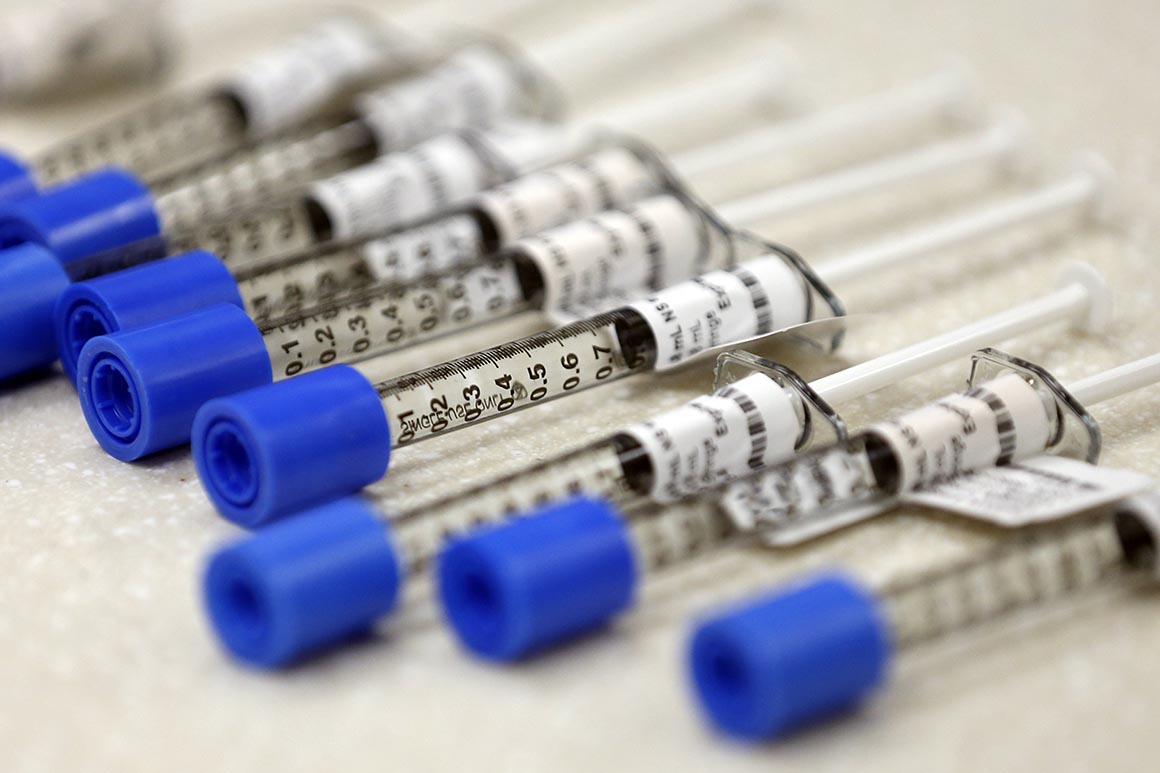 This story is being published by POLITICO as part of a content partnership with the South China Morning Post. It first appeared on scmp.com on April 1, 2019.

China on Monday announced tightened curbs on the painkiller fentanyl after the U.S. blamed Chinese imports for fueling the opioid crisis that has claimed thousands of lives.

The move was announced ahead of the latest round of talks aimed at ending the trade war between the two sides, and fulfills a promise Chinese President Xi Jinping made to President Donald Trump when they last met in Argentina in early December.

Trump has repeatedly accused China of not doing enough to halt imports of the drug, which the U.S. Centers for Disease Control and Prevention blamed for 18,000 fatal overdoses in 2016.

Under the new curbs, all fentanyl-related substances will be added to a supplementary list of controlled narcotic drugs and psychotropic substances with non-medical use starting from May 1.

A joint press conference announcing the measures, made by the Ministry of Public Security, the National Health Commission and the National Medical Products Administration, listed the chemical structure of fentanyl for the first time.

In March 2017, China banned the manufacturing and sale of four types of fentanyl, later expanding this to 25 types and two precursors — a move that went further than the U.N. requirement of 21 types.

However, in the past manufacturers have been able to get round these curbs by tweaking the chemical structure of their product.

Liu Yuejin, deputy director of China’s National Narcotics Control Commission, said: “The U.S. is concerned about all variants [of fentanyl], and it’s all been resolved.”

Liu, who denied that China was to blame for the U.S. opioid crisis, dodged questions about whether the move was a concession by China to help bring the trade war to an end.

However, U.S. Trade Representative Robert Lighthizer, who is leading the Washington team in the ongoing talks, has said he would prefer to include a Chinese commitment to curb sales of the drug in any final trade agreement.

Liu also said: “China has a strict controls on fentanyl, there has never been a problem from fentanyl produced legally in China … the illegal cases we cracked in joint operations with U.S. authorities were all results of the lawbreakers ganging up with overseas crime groups.”

He also said it was “groundless” to accuse China of being behind the U.S. opioid crisis, saying “the cases we found cover limited quantities, it cannot be the major supplier for the U.S.”

“We believe the overdose problem in the United States is mainly caused by domestic reasons,” he continued, citing a long history of drug abuse, lack of regulation and public education.

Fentanyl is used for pain management in hospitals and can only be produced with a license, but it is also one of the world’s most profitable but most dangerous narcotics — it is 50 to 100 times more potent than morphine, according to the Centers for Disease Control.

The U.S. had in the past accused China of being the main source of the drug and one kilogram of fentanyl, priced at around $3,000 to $5,000 in China, can potentially kill 500,000 people, according to the Drug Enforcement Administration.